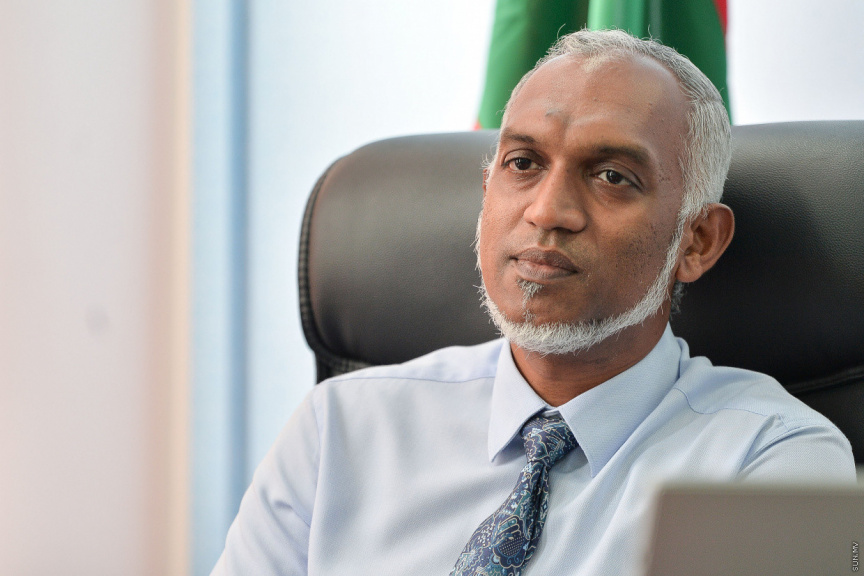 Male’ City Council, on Wednesday, has decided to file a case with Anti-Corruption Commission (ACC) regarding Planning Ministry’s execution of an agreement Road Development Corporation (RDC) for the development of Ameenee Magu at double the value.

The decision was taken by the unanimous votes of all council members in attendance at Wednesday’s meeting.

Speaking at the meeting, Male City Mayor Dr. Mohamed Muizzu said that a probe of possible corruption in a project agreed for MVR 39 million, being overtaken and contracted for MVR 84 million to RDC will be requested from ACC.

“Contracting a work agreed for MVR 39 million to MVR 84 million is a huge waste of the people’s money,” he added.

Mayor Muizzu said that RDC’s agreement with City Council was nullified by Planning Ministry unlawfully through a letter.

“An agreement was executed. The agreement was in force. Expenditure recorded under this agreement, with the project ongoing. Something of this extent was canceled by just a letter,” he had said.

He further detailed that Decentralization Act, Public Finance Act and Law of Contract do not allow an agreement to be nullified via a letter. Therewith, it was passed in Wednesday’s meeting that the unlawful nullification of the agreement be submitted to court proceedings as well.

As Local Government Authority (LGA) is the supervising authority of Male’ City Council, following discussions with LGA – the Council had also decided to submit a letter explaining the chain of events to the President’s Office.

Apart from this, the Council also concluded to submit the issue to Parliament’s Committee on Decentralization.

During a press conference held on Tuesday night, State Minister for Planning Akram Kamaluddin alleged that Mayor Muizzu had said that a PPM-dominated council did not wish to develop Ameenee Magu up to quality standards.

He added that the project was overtaken by the Ministry after becoming sure of the fact that the road development will not take place for as long as a PPM-dominated council existed.