Sri Lanka sends 2 ministers to Russia for oil amid crisis 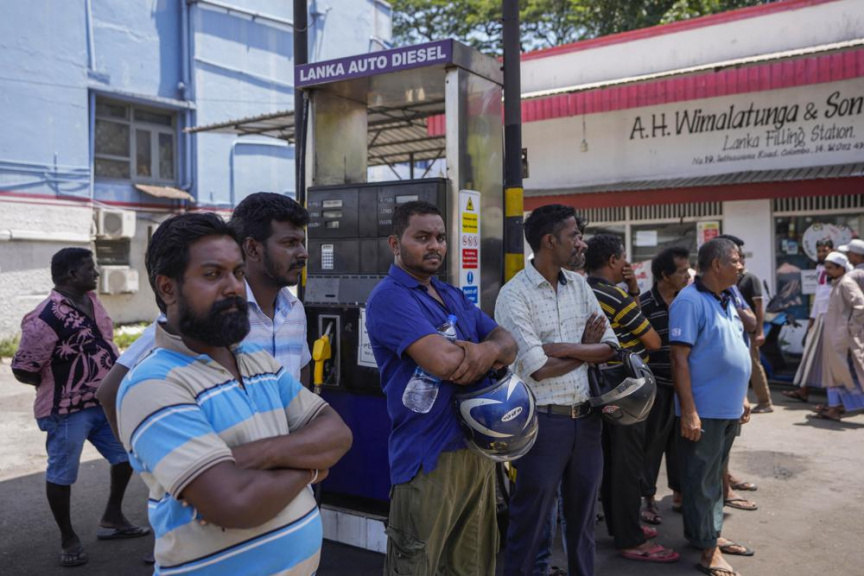 COLOMBO, Sri Lanka (AP) — Sri Lanka is sending two government ministers to Russia to negotiate for fuel — one of the necessities nearly exhausted as a result of the Indian Ocean nation’s economic collapse.

The plan comes as Washington and its allies aim to cut off energy imports from Russia in line with sanctions over its war against Ukraine. Since its invasion in late February, global oil prices have skyrocketed, prompting a number of countries to seek out Russian crude, which is being offered at steep discounts.

Power and Energy Minister Kanchana Wijesekera said the two ministers will leave for Russia on Monday to continue talks that Sri Lanka has been having with Russian authorities to directly purchase fuel, among other related issues.

He urged people on Saturday not to line up for fuel, saying only small amounts will be distributed to limited numbers of stations through the coming week. He said until the next shipments arrive, “public transport, power generators and industries will be given a priority.”

Residents have had to queue for hours and sometimes days to get fuel, sometimes resorting to burning charcoal or palm fronds for cooking.

Like some other South Asian nations, Sri Lanka has remained neutral on the war in Ukraine.

However, Wijesekera said the Foreign Ministry and the Sri Lankan ambassador in Russia have been making arrangements for a fuel purchase.

“There is an advantage for us if we could buy oil directly from the Russian government or the Russian firms. There are talks going on,” he told reporters Sunday.

The shortages have led to protests against the government. The government has deployed armed troops and police at every fuel station.

Sri Lanka says it’s unable to repay $7 billion in foreign debt due this year, pending the outcome of negotiations with the International Monetary Fund on a rescue package. It must pay $5 billion on average annually until 2026. Authorities have asked the IMF to lead a conference to unite Sri Lanka’s lenders.

Last month, the country bought a 90,000-metric ton (99,000-ton) shipment of Russian crude to restart its only refinery, Wijesekera said.

In an interview with The Associated Press in mid-June, Prime Minister Ranil Wickremesinghe said the country would be compelled to buy oil from Russia and was trying to get oil and coal from traditional suppliers in the Middle East.

“If we can get from any other sources, we will get from there. Otherwise (we) may have to go to Russia again,” he said.

Wickremesinghe also said last week that the state-run Ceylon Petroleum Corp. was $700 million in debt and as a result, no country or organization was willing to provide fuel.

Protesters have occupied the entrance to President Gotabaya Rajapaksa’s office for more than two months demanding his resignation, saying the primary responsibility for the crisis rests with him and his family, whom they accuse of corruption and mismanagement.

The U.S. delegation led by Robert Kaproth, deputy assistant secretary of the Treasury for Asia, and Kelly Keiderling, deputy assistant secretary of state for South and Central Asia, met on Monday with Rajapaksa, who briefed them about Sri Lanka’s economic and social crisis and the progress of discussions with the IMF, according to the president’s office. The U.S. Ambassador to Sri Lanka, Julie Chung, also joined the meeting.

The U.S. has announced $120 million in new financing for small and medium-sized businesses, a $27 million contribution to Sri Lanka’s dairy industry and $5.75 million in humanitarian assistance to help those hit hardest by the economic crisis. Another $6 million was pledged in new grants for livelihoods and technical assistance on financial reform.

Hours later, the Russian ambassador in Sri Lanka, Yuri Materiy, met Rajapaksa and discussed a wide range of issues including the export of tea to Russia, tourism, trade, oil, coal, gas and fertilizer, the president’s office said in a statement.