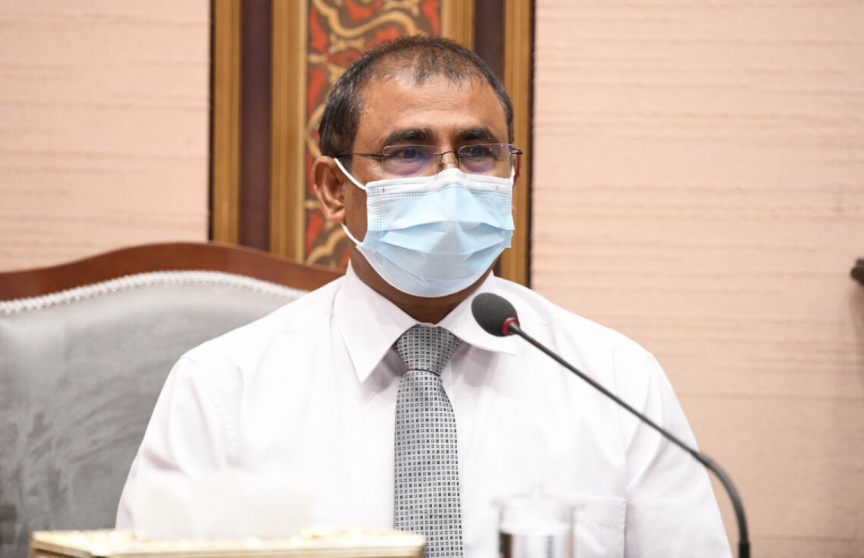 Tourism Minister Abdulla Mausoom, on Tuesday, attended the Parliament to amend an answer given to a question posed by Thimarafushi MP Abdulla Riyaz during the questioning session on May 16.

The Minister had mistakenly remarked this in answering to a question posed MP Riyaz regarding the government’s plan on developing Th. Kanimeedhoo as a tourist resort.

Responding to the question, Minister Mausoom said that tourism needs to be further developed in Thaa Atoll.

“COMO resort which is currently open is an island with 152 beds. At present, five islands in Thaa Atoll have six guesthouses. Combined, there are 700 beds,” he had said.

Minister Mausoom said that his mistake was brought to attention by MP Riyaz via a text message. Therewith, he said he requested the People’s Majilis to provide a chance to correct his answer via a letter.

Commenting on the matter, Parliament Speaker Mohamed Nasheed said that a cabinet minister who wishes to return to correct an answer must be given that chance as per regulations.

He stressed that information which will remain on record would be wrong if such a chance is not provided.