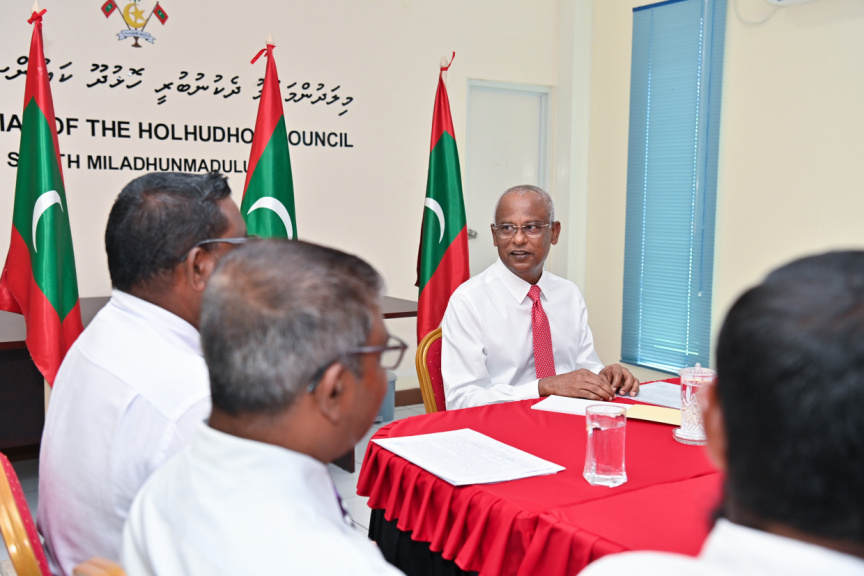 President Ibrahim Mohamed Solih has announced that the housing projects previously designated for Holhudhoo have been relocated to uninhabited Holhumeedhoo.

The government had announced plans to develop 30 housing units on Holhudhoo in April this year.

However, the people of Holhudhoo who are badly in need of housing want the units to be built in Holhumeedhoo and had conveyed the request to President Solih as well.

While speaking at the ceremony held at Meyna School to mark the diamond jubilee, President Solih officially announced the relocation of the project to Holhumeedhoo – under the jurisdiction of Holhudhoo.

The President also noted that it was not possible to solve the issue of housing in Holhudhoo by reclamation.

“The people of this island want the government’s 30 housing units to be developed in the island to be relocated and populated to Holhumeedhoo which is under its jurisdiction. By God’s will, we will do that [for the people]."

Moreover, the President announced plans to commence the development of essential services, along with road construction project would commence with the completion of the ongoing water supply network project.