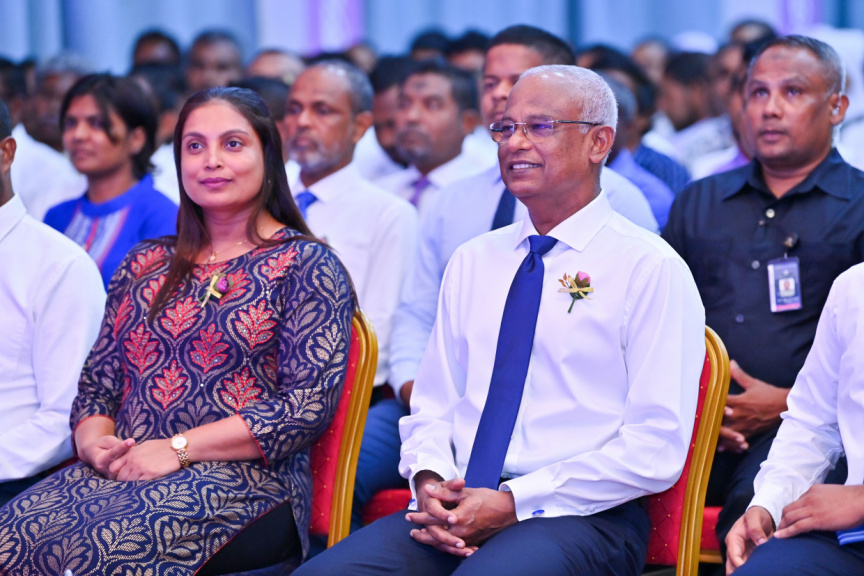 President Ibrahim Mohamed Solih said that the time has come for students, teachers, and parents to borne new ideas for the future of the education sector.

He made this statement while speaking at the addressing the special ceremony held to mark the diamond jubilee of Menya School in Noonu Atoll Holhudhoo.

Noting that if the people of the nation stay on the path of development, the aspect that would change and progress the fastest would be the education sector, the President said that this was the reason why the government has numerous projects targeting the sector.

Moreover, he said that educated and talented people need to be developed for the country to attain development.

“It is my belief that the most successful school is the one that builds students with vocational skills.”

He stated that Meyna School – the fourth school in Maldives to cross the 75-year mark, was one such institution, that has developed such talented students.

“The senior citizens of this island [Holhudhoo] have studied from this school and have played a vital role in the island’s development.”

From the first day of taking their children to school, parents have the resolve their hearts to ensure their child becomes a skilled and talented individual. He added that the government was working to provide opportunities for studying in order to make the parent’s resolve come true.