England slumps to historic loss to Hungary in Nations League 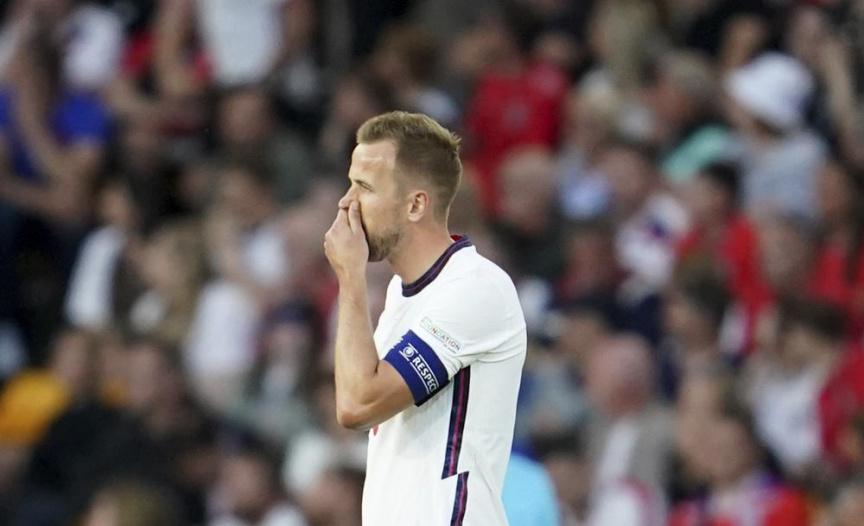 WOLVERHAMPTON, England (AP) — England suffered its worst home defeat since 1928 with a 4-0 loss to Hungary in the Nations League on Tuesday.

Less than a year after reaching the European Championship final on home soil to raucous celebrations, England was booed by its own fans after a heavy loss to an unheralded Hungary team that completed a double after upsetting England last week. European champion Italy had it little better as it was beaten 5-2 by Germany.

England’s last game of the long 2021-22 season will ensure plenty of reflection before the World Cup in Qatar in five months’ time. Manager Gareth Southgate, a national hero during Euro 2020, had to endure chants of “you don’t know what you’re doing.”

“It’s our first big defeat in a long time,” England captain Harry Kane told broadcaster Channel 4. “Our defense has been the structure behind our success over the last four or five years. It was a night to forget of course but we’ve got to take it on the chin and move forward.

“At the end of the day we’re preparing for what’s going to be a big World Cup. That’s the most important thing. We’ll learn from it.”

Asked if Southgate remained the right person to coach England, Kane said: “Without any question. That’s not a question I should even be answering if I’m honest.”

There was tension before the game kicked off as England fans drowned out the Hungarian anthem with a chant referencing Hungary’s history of racist abuse of players by fans. Hungary was punished by UEFA and FIFA for racist incidents in games last year, including one in which England players were abused.

Hungary had been clinging on to a 1-0 lead from Roland Sallai’s early goal for much of the match, before England fell apart in the latter stages. Sallai made it 2-0 in the 70th minute before Zsolt Nagy fired in a shot from the edge of the box for 3-0. England defender John Stones was sent off for a second booking after what seemed like slight contact with an opponent and Daniel Gazdag added a fourth for Hungary.

Plenty of England’s players showed signs of being physically and perhaps mentally tired after a long season, with little creativity in the face of a densely packed Hungarian formation and midfielder Kalvin Phillips in particular giving away possession cheaply ahead of the second goal.

It was England’s biggest home loss since being beaten 5-1 by Scotland 94 years ago. Other losses to Hungary loom large in English soccer history. A 6-3 home loss in 1953 and 7-1 defeat away the following year played crucial roles in shaking England’s view of itself as a pre-eminent soccer nation of the era.

After no wins and just one goal in four Nations League games, Southgate defended his choice to rotate the lineup and give fringe players game time.

“In the end (of Tuesday’s game), you’re pushing and you’ve got so many attacking players on that we’ve left ourselves wide open. I’ve just said to the players there, across the four matches, that’s my responsibility,” he told Channel 4. “We’ve tried to balance looking at new players and trying to rest players that we couldn’t keep flogging, our more experienced and better players.”

Italy, still trying to recover from failing to qualify for the World Cup three months ago, was swept aside by Germany and was 5-0 down before scoring two late consolation goals. Joshua Kimmich’s 10th-minute goal got Germany started, before Ilkay Gundogan scored a penalty with the last kick of the first half, and Thomas Müller scored in the 51st before two goals in two minutes from Timo Werner.

Germany ended a run of four 1-1 draws, which had frustrated fans, as coach Hansi Flick remained undefeated in 13 games since taking charge after last year’s loss to England in the last 16 of the European Championship.

Also in League A, Belgium’s 1-0 win over Poland in Group 4 was more restrained than its 6-1 thrashing of the same opposition last week. The Netherlands stayed atop the group by beating Wales 3-2 thanks to Memphis Depay’s stoppage-time winner after Gareth Bale had leveled the score for Wales from the penalty spot.

Tuesday’s Nations League games marked the end of a long, draining season of European club and international games. For some players, the next season is already looming.

Two of Andorra’s starting lineup for a 2-1 loss to Moldova are set to kick off the 2022-23 Champions League in seven days’ time when national champion Inter Club d’Escaldes plays in the preliminary round of qualifying.

In the second-tier League B, Scotland came back from 1-0 down to beat nine-man Armenia 4-1, Montenegro won 3-0 against Romania, Bosnia-Herzegovina edged past Finland 3-2, and Ukraine and Ireland drew 1-1, with Ukraine playing its home game in Poland because of the Russian invasion.