May 6 blast: Some defense witnesses suspected of attempts to join Syria war 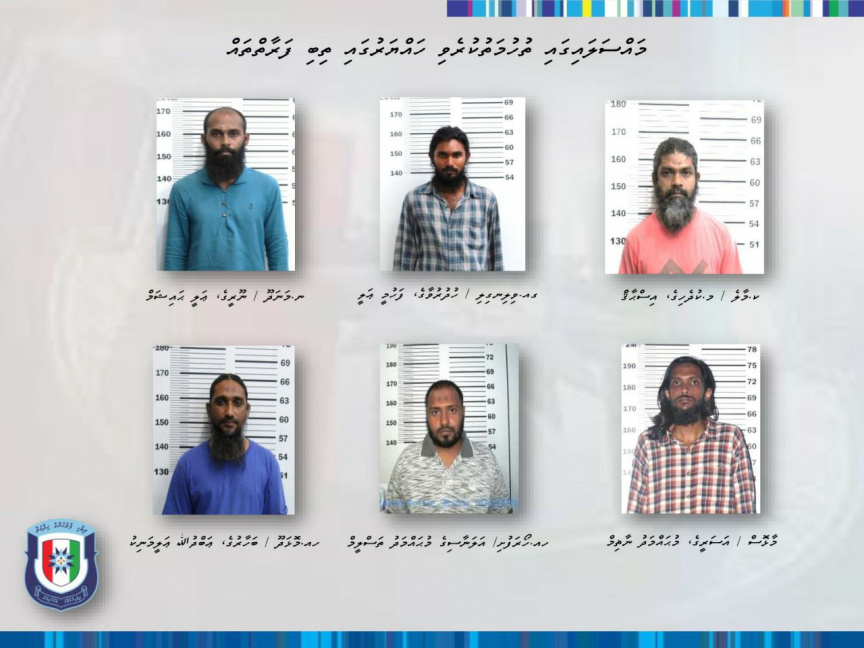 The men charged in connection to the IED attack targeting Parliament speaker, former president Mohamed Nasheed have presented witnesses to court, some of them accused of attempting to travel to Syria to join the war.

A homemade remote-controlled IED was strapped to motorcycle parked nearby Nasheed’s residence, and was detonated at 08:27 pm on May 6, 2021, just as Nasheed exited his residence and went to get in his car. Nasheed was thrown to the ground and sustained multiple shrapnel wounds, while three members of his security detail and two bystanders sustained minor wounds.

11 men were charged in connection to the attack, only one, Adhuham Ahmed Rasheed, Hiyaa, V. Thinadhoo, who confessed to detonating the IED, was convicted. He was sentenced to 23 years in prison in December last year after he signed a plea deal with the state.

They remaining ten defendants are:

The defendants produced witnesses in their defense at the hearing held at Criminal Court on Thursday, to establish alibis for the time of the crime, and to prove they didn’t commit the crimes they were charged with.

One of the defendants, Haisham, who is accused of installing the IED on the motorcycle, produced seven witnesses, three of whom were captured from the Turkey-Syria border and extradited to Male’ in 2017 on suspicion of attempting to travel to Syria. They are; Ahmed Afzal, Mohamed Nabeeh, and Adam Farhan. All three were charged with terrorism, but were acquitted.

While the court decided to accept the seven witnesses Haisham produced, many of the witnesses produced by Thahmeen, Is’haq, Mujaz and Fahmy were rejected due to failure to produce the witnesses within the legally mandated timeframe.

Nazim produced two witnesses, one of whom was rejected.

The prosecution also produced witnesses, some of whose identities the court decided to keep anonymous as requested.

The case is being heard by a three-judge bench composed of Judge Adam Mohamed – the presiding judge, Judge Sofwath Habeeb, and Judge Mohamed Misbah.

Mujaz was pressed with two charges; conspiracy to carry out an act of terrorism and aiding and abetting a fugitive.

Fahumy was charged with participating in an act of terrorism.

Nazim was charged with conspiracy to carry out an act of terrorism.