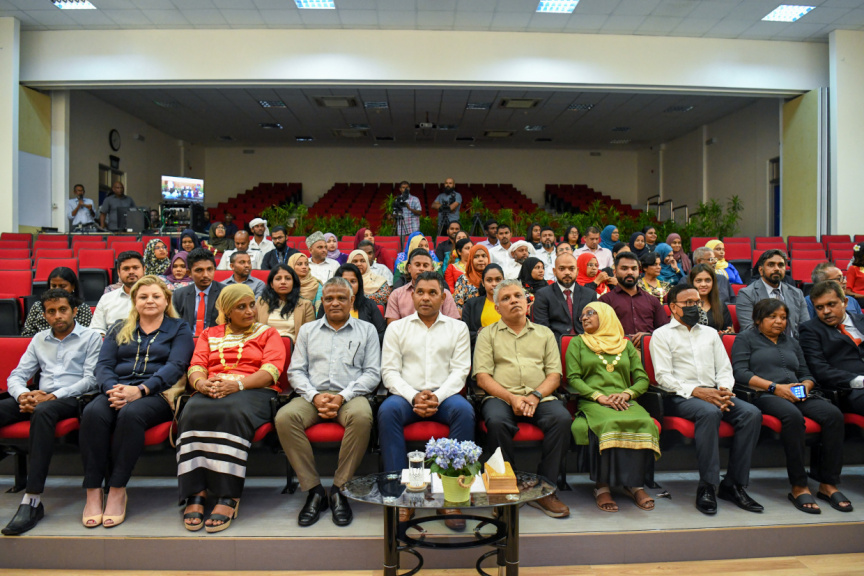 Five entities have been bestowed the ‘PROMISE Sustainability Awards’ – held by the PROMISE project for the first time.

The award is bestowed in recognition sustainable best practices amongst Small, Micro and Medium Enterprises (MSMEs) from the tourism sector.

The five winners of the ‘PROMISE Sustainability Award’ this year include Jellyfish Water Sports Private Limited based in India’s Kerela, Sri Lanka’s Jetwing Lighthouse and Ravana Garden Private Limited and Scuba Spa from Maldives and Ocean Cottage based at Thulusdhoo, Maldives.

Whilst a total of 30 entities were considered for the award – the winning five were decided by a panel of experts in the area.

At the ceremony held last night to handover the award to recipients – ‘World Ocean Day’ was also celebrated. The occasion is celebrated annually on June 8.

Speaking at the ceremony, PROMISE Project’s Manager Dr. Abdulla Nazeer said that the importance of commemorating ‘World Ocean Day’ has been witnessed – adding that the waters we are surrounded by plays the biggest role in development.

“Small countries such as Maldives have to be dependent on the oceans surrounding them. The oceans play a significant role in the development of the country, and profit economic wise,” he had said.

Vice President Faisal Naseem, who special guested the ceremony, said that oceans are our biggest asset, stating that they provide food, water, and revenue through tourism. He stressed that it is our collective responsibility to protect our oceans to secure our livelihoods, climate, and children’s future.

“The most damaging (to the oceans) is plastics. Starting next year – the import of many plastic-based products to the Maldives will be banned,” he added.

Prevention of Marine Litter in the Lakshadweep Sea (PROMISE) is a 4-year project supported by the European Union (EU) under the SWITCH Asia Programme. As the name entails – the project aims to decrease marine litter in Lakshadweep Sea.

Coral reefs provide images of a world under assault