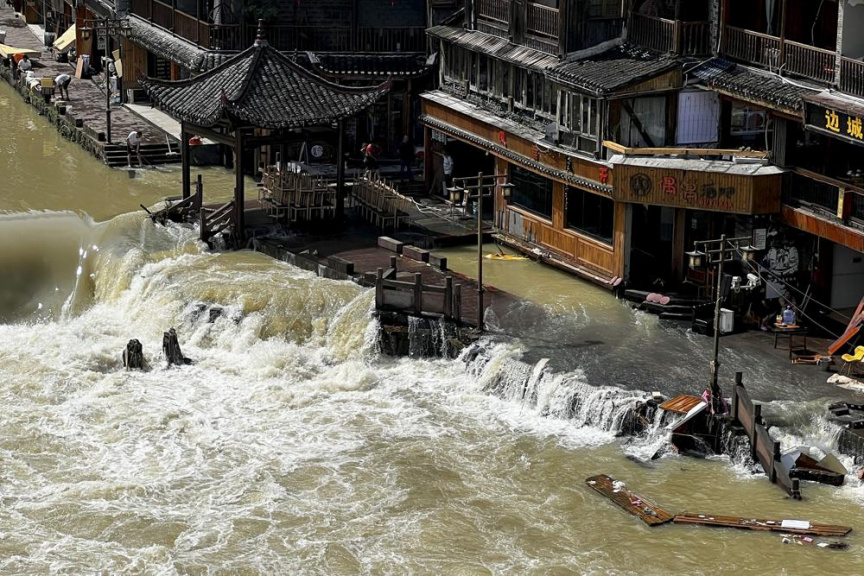 BEIJING (AP) — At least 10 people have been killed and three are missing in flooding in the central Chinese province of Hunan, state media report.

Storms have pummeled the province since the beginning of the month, with some monitoring stations reporting historic levels of rainfall, the Xinhua News Agency said late Wednesday.

Around 1.8 million people have been affected in the largely rural, mountainous province — 286,000 of whom have been evacuated to safety while more than 2,700 houses have been damaged or collapsed entirely, Xinhua said.

China regularly experiences flooding during the summer months, most frequently in central and southern areas that tend to receive the most rainfall.

China’s worst floods in recent years were in 1998, when more than 2,000 people died and almost 3 million homes were destroyed, mostly along the Yangtze, China’s mightiest river.

The government has invested heavily in flood control and hydroelectric projects such as the gargantuan Three Gorges Dam on the Yangtze.

Globally, more intense tropical storms are on the rise as a result of climate change, leading to increased flooding that threatens human lives, crops and groundwater quality.

China to WHO report: COVID ‘lab leak’ theory a lie

Shanghai coming back to life as COVID lockdown eases