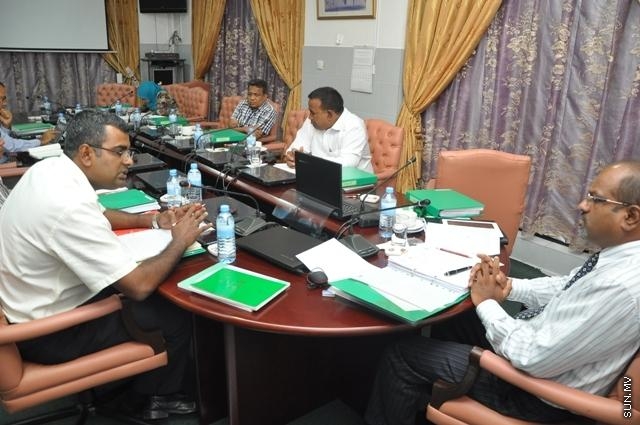 The Parliament’s Public Accounts Committee has decided to order the government to halt the MVR2.5-billion Border Control System project, undertaken in collaboration with Malaysian company Nexbiz.

This decision was made in a closed meeting of the Committee held last Thursday.

Committee member Nolhivaram MP Mohamed Nasheed said that the Committee’s report on this matter will be sent to the Speaker of Parliament tomorrow.

He highlighted that the Committee’s decision must be passed by the Parliament before the government can be ordered to halt the project.

“There are several issues associated with the project which are of concern. Committee members are of the opinion that if there are serious problems with the project, it should halted. We are hoping to send the Committee’s report in this regard tomorrow,” he said.

At the first part of Thursday’s meeting, Committee Chairperson, Dhiggaru MP Ahmed Nazim presented the Attorney General and Finance Minister’s advice, and the letters sent by Immigration Department on the matter.

The Attorney General had said that the legitimacy of the Border Control System project agreement is questionable, as it was signed after the Anti-Corruption Commission (ACC) had ordered that the agreement should not be signed.

Under the agreement, Nexbiz can charge $2 on every passenger departing from Maldives for 22 years, and $15 on every issued and renewed visa.