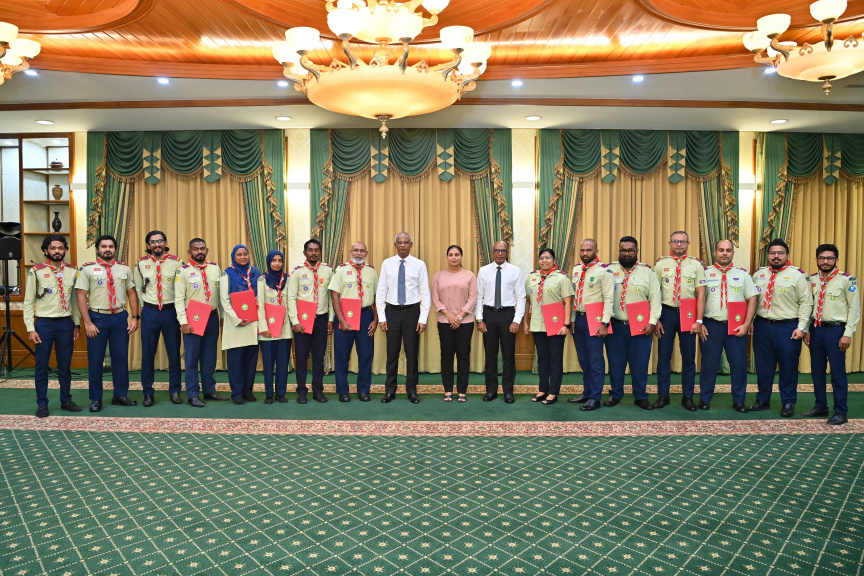 President Ibrahim Mohamed Solih on Thursday met with members of the Scout Association of Maldives and presented Warrant of Appointment certificates to the newly appointed members of the National Scout Council.

The certificates were awarded in a special ceremony held at the President’s Office.

Speaking to the scouts, President Solih congratulated them and inquired about their plans to expand the scout movement.

Responding to the president’s questions, the members briefed him on their programs. Additionally, the scouts shared concerns that curtail their activities with the President.

Furthermore, they shared details regarding the scout jamboree.

President Solih assured the association members that the administration would take the necessary steps to address their concerns. He also affirmed his commitment to supporting the scout movement.