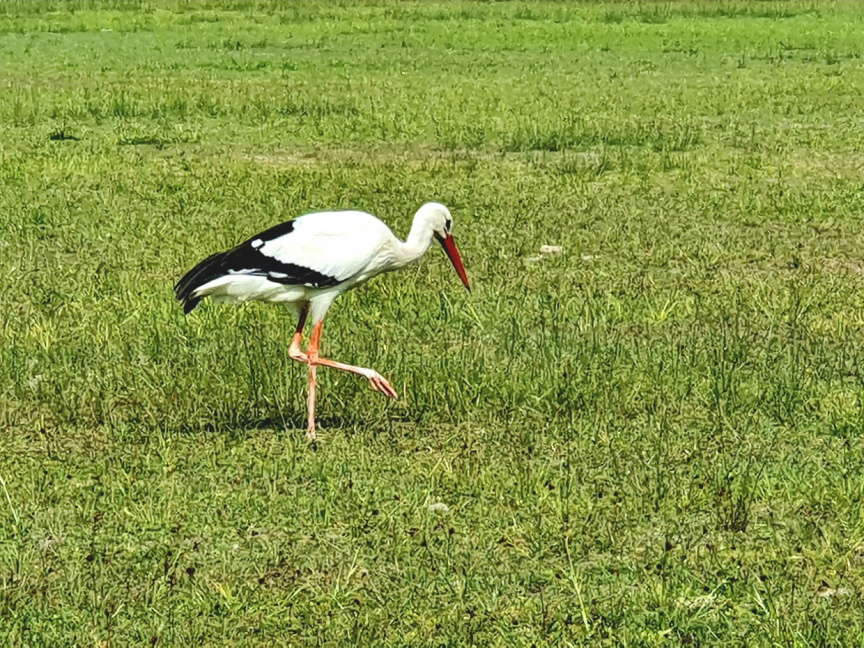 Picture of the White Stork spotted in Maldives. (Photo / Zampe)

The Environment Protection Agency (EPA) revealed that a White Stork (Ciconia Ciconia) was sighted in Maldives for the first time.

According to the agency, the bird was spotted on February 20th, 2022, in L. Hithadhoo.

“This is possibly the first recorded sighting of this species in the Maldives. The white stork is rarely seen in South India during the winter and vagrantly sighted in Sri Lanka as well”, read EPA’s Twitter post regarding this.

The white stork is found throughout Europe, North Africa & the Middle East. Its populations have now decreased, and currently, large populations are now mainly found in Spain and Poland, in addition to the Baltic region.

Their diet mainly consists of small mammals, frogs and large insects such as grasshoppers, but they also eat small reptiles, fish and eggs and chicks of other ground-nesting birds. They inhabit open wetlands, savannas, steppes, meadows and agricultural fields.