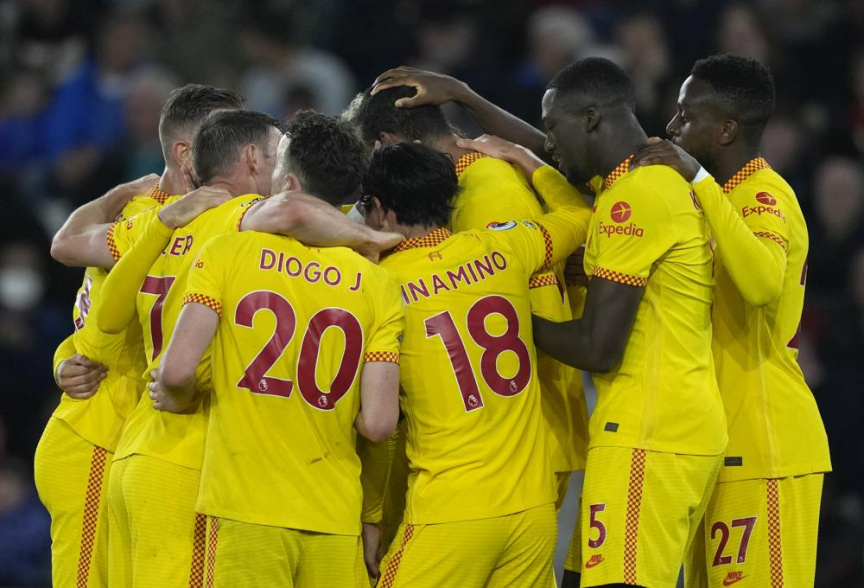 SOUTHAMPTON, England (AP) — The Premier League title race is going to the wire. Remarkably, an unprecedented quadruple is still on for Liverpool.

Tired and hit by injuries after winning the FA Cup final on Saturday, Liverpool fielded a second-choice lineup against Southampton and demonstrated a great mentality to come from behind to win 2-1 on Tuesday.

It leaves Jurgen Klopp’s team a point behind Manchester City heading into the final round of a thrilling league campaign. That’s on Sunday, when Liverpool is at home to Wolverhampton at the same time as City hosts Aston Villa — managed by Liverpool great Steven Gerrard.

“Whatever happens this season, we have done ourselves proud,” Liverpool midfielder James Milner said. “All we could do is take it to the last game and we’ve done that.”

City remains the favorite in its bid for a sixth league title in 11 seasons, but Liverpool has done its part by taking the defending champions all the way.

In fact, the Reds are taking every competition to the final game this season, with a Champions League final against Real Madrid still to come on May 28. They’ve already won both domestic cups in a season for the ages.

Klopp’s team had also come from behind in its previous two league games, a 2-1 win against Villa and a 1-1 draw with Tottenham. It just doesn’t know when it is beaten.

The game came only three days after Liverpool’s energy-sapping FA Cup triumph over Chelsea, which went 120 minutes before the Reds won a penalty shootout. Mohamed Salah and Virgil van Dijk were injured at Wembley Stadium and didn’t travel to Southampton. Fabinho was already injured. Andrew Robertson and Luis Diaz were unused substitutes.

Despite the slew of changes, Liverpool dominated a passive Southampton team with nothing left to play for this season but still fell behind in the 13th minute when Nathan Redmond cut inside from the left and sent in a shot that deflected off Milner and into the far corner.

Liverpool’s players kept their composure and replied 14 minutes later when Diogo Jota laid the ball off to Takumi Minamino, who displayed quick feet before firing a rising shot inside Alex McCarthy’s near post. The Japan forward was on loan at Southampton last season and hadn’t started a league game since then.

The rest of the match saw Liverpool camped inside Southampton’s half but only managing to create half-chances. The atmosphere was starting to get tense when Liverpool was gifted what proved to be the winning goal, after a corner by Kostas Tsimikas was glanced on at the near post by Southampton forward Mohamed Elyounoussi.

The ball flew across the area, skimmed off the head of Southampton’s Kyle Walker-Peters, hit the forehead of Matip and rebounded into the far corner beyond McCarthy’s despairing dive.

Liverpool was 14 points behind City at one point in January, albeit with two games in hand. Somehow, the title is still within reach with 90 minutes left to play. And Gerrard, who never won the league with Liverpool as a player, could yet have a decisive role in helping his former team win it this time.

“If we said in January it would go to the last game, we would have taken that,” Liverpool captain Jordan Henderson said. “Hopefully Stevie and Villa do us a favor.”