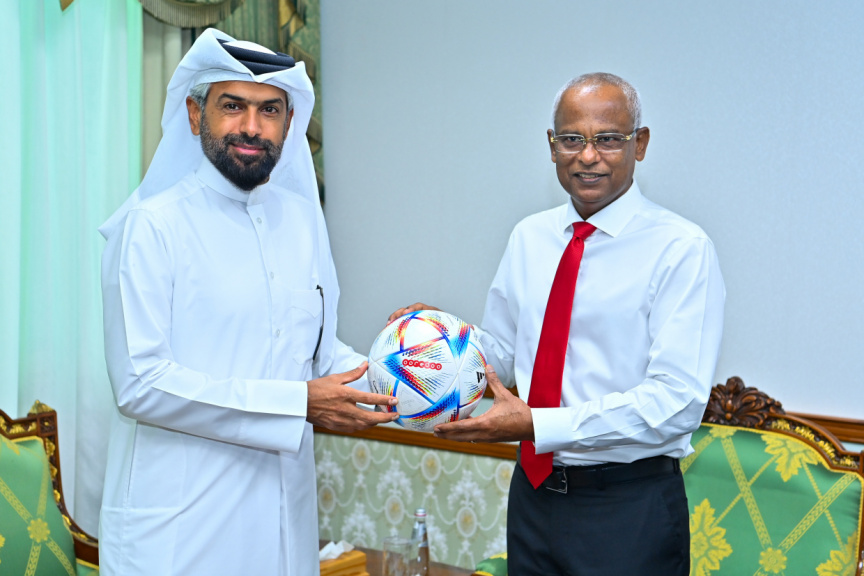 President Ibrahim Mohamed Solih has been invited to attend a match in the 2022 FIFA World Cup scheduled to be held in Qatar.

He was extended the invitation by Khalid Hassan Al-Hamadi, the Managing Director and Chief Executive Officer of Ooredoo Maldives, during a meeting at the President’s Office on Thursday.

At the meeting, President Solih inquired about the efforts by Ooredoo Maldives to improve its services.

Meanwhile, Al-Hamadi, in addition to inviting President Solih to attend a World Cup match, also presented him with an Adidas Al-Rihla, the official match ball for the tournament.

The 2022 FIFA World Cup is scheduled to be held in Qatar from November 21-December 18.