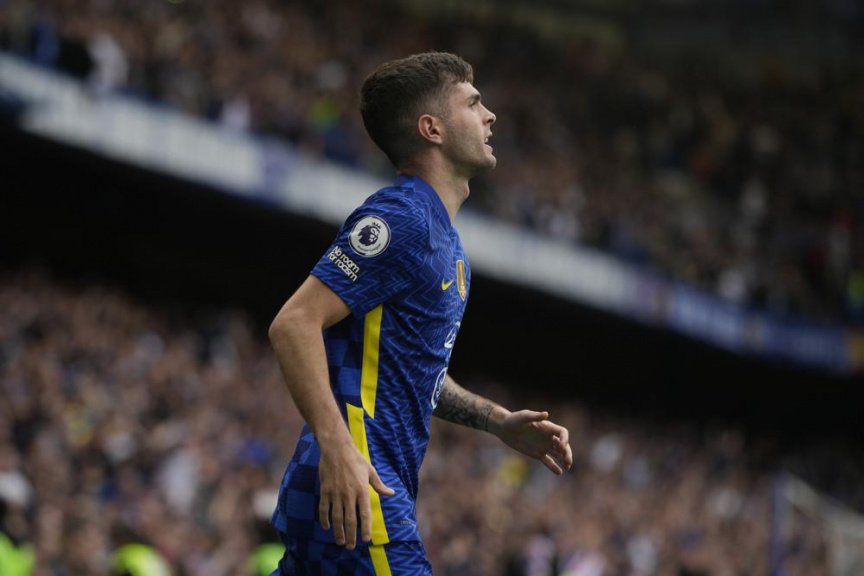 Chelsea's Christian Pulisic celebrates after scoring the only goal of the game during the English Premier League soccer match between Chelsea and West Ham United at Stamford Bridge in London, Sunday, April 24, 2022. (AP Photo/Alastair Grant)

LONDON (AP) — Chelsea manager Thomas Tuchel has insisted there is “zero problem” between him and Christian Pulisic after recent comments made by the United States forward’s father.

Mark Pulisic expressed disappointment after Chelsea’s 1-0 loss to Everton on Sunday, when his son played 22 minutes as a second-half substitute.

The player’s father wrote on Twitter: “The sad thing is he loves this club, teammates, and London. ... puts his heart and soul into being a pro. Onwards and upwards my boy ... big six months ahead.” He later deleted it.

During a news conference on Friday, Tuchel was asked about his relationship with Christian Pulisic, who has battled all season for starts.

“I am not concerned if a father (says) that the player does not love me,” Tuchel said.

Frustration with playing time was normal, the German said.

“Between me and Christian exists zero problem.”

Pogba leaving Man U for free

Title-chasing Inter recovers from 2 goals down to win