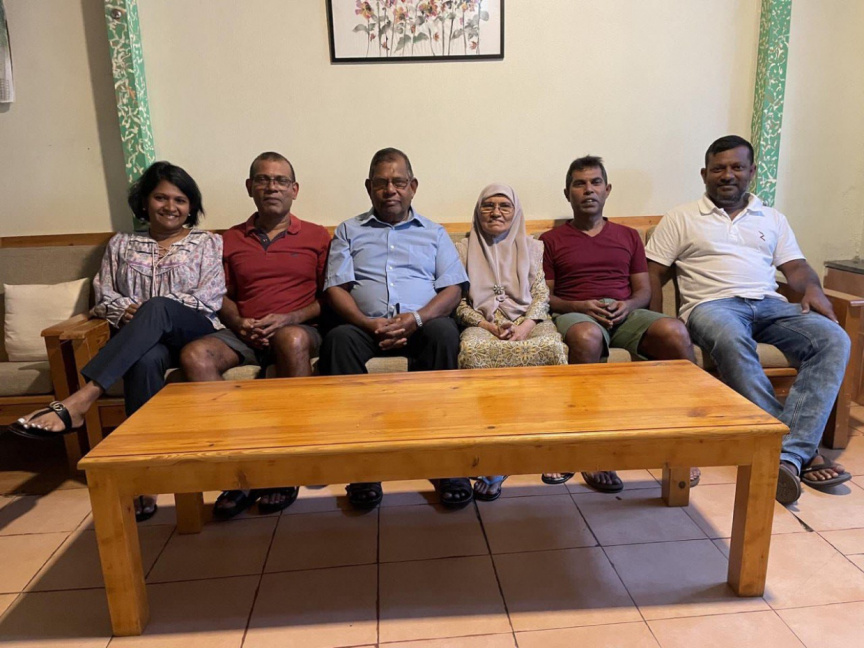 Parliament Speaker, former President Mohamed Nasheed’s family has urged authorities to strengthen the investigation to find those who financed the attempt on his life, as it nears one year to the attack.

A homemade remote-controlled IED was strapped to motorcycle parked nearby Nasheed’s residence, and was detonated at 08:27 pm on May 6, 2021, just as Nasheed exited his residence and went to get in his car. Nasheed was thrown to the ground and sustained multiple shrapnel wounds, while three members of his security detail and two bystanders sustained minor wounds.

In a statement on Thursday, Nasheed’s family expressed concern over the delay in the trials of the suspects in the case.

“It is also concerning that while some of those involved in the attack have been arrested and charged, there is a lack of focus on the five militants behind people seen on the frontlines,” said Nasheed’s family.

Nasheed’s family said that the failure to deliver justice in the case had created fear within the entire community.

His family said the restriction on Nasheed’s movements for security movements in the wake of the attack was hindering his political work, and his interaction with relatives.

“We take this opportunity to appeal, once again, for a strong investigation to identify the people who financed this attack. The failure to do this has created a state of fear around President Nasheed’s life and that of other victims like him,” said his family.

Only one of the defendants has been convicted of the attempt on Nasheed’s life. Adhuham Ahmed Rasheed, 26, who confessed to detonating the IED, was sentenced to 23 years in prison in December last year after he signed a plea deal with the state.

Total nine suspects, including Adhuham, were charged in connection to the case. The remaining eight defendants are:

An additional suspect arrested in the case – Ahmed Fathih, Dunfiniufaa, L. Gan – was released due to insufficient evidence.