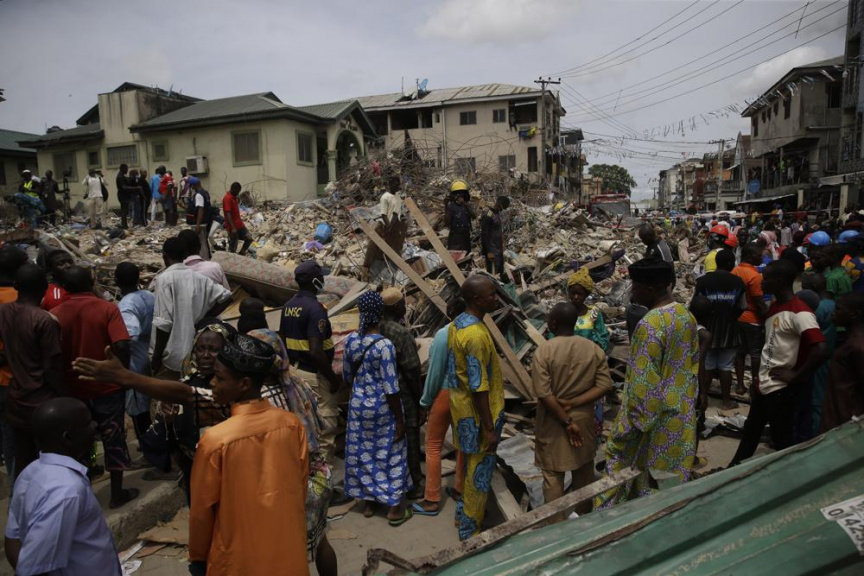 Rescue workers search for survivors at the site of a collapsed three-story building in Ebutte- Metta, in Lagos, Nigeria, Monday, May 2, 2022. (AP Photo/Sunday Alamba)

“Twenty-three people have been rescued alive including seven children and 16 adults,” said Ibrahim Farinloye of Nigeria’s National Emergency Management Agency. “Nine of those rescued alive have been treated and discharged.”

Among the dead are a mother and her son, said Farinloye.

The residential apartment building collapsed late Sunday night in the Oyingbo area of Lagos, Nigeria’s commercial center and most populated city with more than 14 million people.

Residents and passersby gathered before dawn as they joined a team of emergency and aid workers who searched through the rubble in search of survivors. It is not clear how many occupants were in the apartment building located in a densely populated area of the city.

Building collapses in the West African nation are frequent, including in Lagos which recorded five such incidents last year, including in November when more than 40 people died when a high rise still being constructed crumbled on workers.

Authorities face accusations that they have failed to enforce building regulations to make sure that structures are safe.

Children among 31 killed at stampede in Nigeria

Israel holding over 600 Palestinians without charge