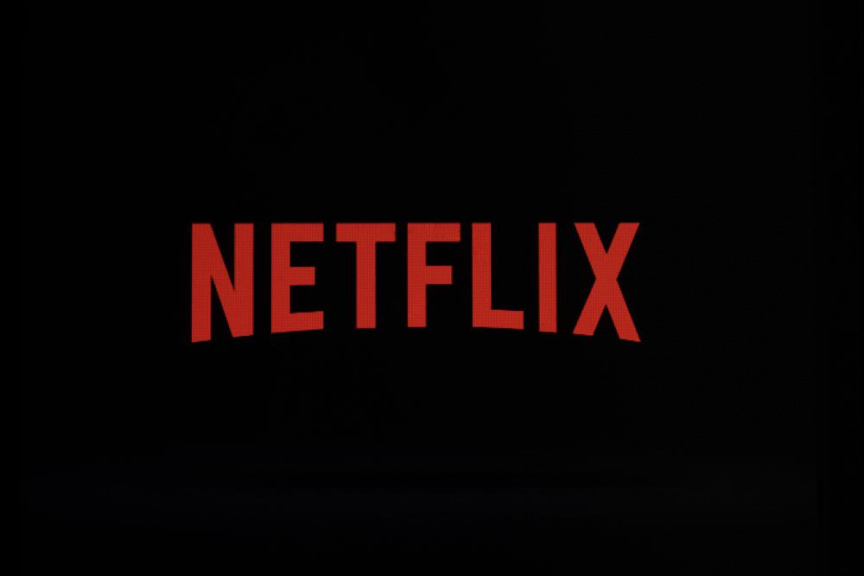 FILE- A Netflix logo is displayed on an iPhone in Philadelphia on July 17, 2017. (AP Photo/Matt Rourke, File)

SAN FRANCISCO (AP) — An unexpected drop in subscribers sent Netflix shares into freefall Wednesday, forcing the company to consider experimenting with ads and -- hold onto your remote -- cracking down on millions of freeloaders who use passwords shared by friends or family.

The surprising net loss of 200,000 subscribers rattled investors, who had been told by the company to expect a gain of 2.5 million subscribers. Netflix shares sank 35% on the news, falling to their lowest level since early 2018.

Netflix estimates that about 100 million households worldwide — or roughly one out of every three households using its service — are streaming for free. “We’ve just got to get paid at some degree for them,” co-CEO Reed Hastings said during a shareholder call Tuesday.

Netflix has already been experimenting in Latin America with programs that use a soft touch to convince the unsubscribed to sign up. In Costa Rica, for instance, Netflix plan prices range from $9 to $15 a month, but subscribers can create sub-accounts for two other individuals outside their household for $3 a month. On Tuesday, Hastings suggested that the company may adopt something similar in other markets.

Just how Netflix will erect barriers remains unclear, and Hastings indicated that the company probably will spend the next year assessing different approaches. In one test last year, Netflix prompted viewers to verify their accounts via email or text.

Alexander Klein, who lives near Albany, N.Y., has subscribed to Netflix since 2013 and shares his account with his mother-in-law. While he likes the service, a string of price increases and the loss of licensed shows has annoyed him — and any password-sharing crackdown might be the last straw.

“If they start cracking down on password sharing and I’m stuck paying the full $15 (a month) just for one person watching at a time, that’s frustrating,” he said. “If they decided to do that I’d likely cancel.”

Netflix is bracing for more subscriber losses even before it attempts to weed out freeloaders. The company predicted its customer base will shrink by another 2 million subscribers by the end of June. That would still leave Netflix with 220 million worldwide subscribers, more than any other video streaming service.

Despite some fears that a Netflix crackdown on password-sharing could encourage other streaming services to follow suit, experts say that’s not likely.

“I think we would see competitors take different strategies here,” said Raj Venkatesan, a professor of business administration at the University of Virginia. “Some will follow the lead of Netflix and crack down on password sharing. Others will use this as a differentiator and promise simplicity by saying you can have one password for the family.”

For years, amid rapid global growth, Netflix has looked the other way at the not-so-secret practice of subscribers sharing passwords beyond their households. And Hastings has spoken passionately in the past about keeping Netflix ad-free.

But competitive pressure is on the rise. Deep-pocketed rivals such as Apple, Walt Disney and HBO have begun to chip away at Netflix’s dominance with their own streaming services. The easing of the pandemic is giving consumers entertainment options beyond binge-watching their favorite shows, and rising inflation is making families think twice about how many different streaming services they’re willing to pay for.

All of this has given investors major jitters for months. The Wednesday selloff came on top of earlier trouble for the stock, which has lost 62 percent of its market value since the end of 2021, erasing $167 billion in shareholder wealth.

Netflix has no choice but to try new ways to boost its profits to appease shareholders, said J. Christopher Hamilton, a Syracuse University professor who studies streaming services.

“It feels like this is Netflix’s ‘come-to-Jesus’ moment,” said Hamilton, a former lawyer for movie studios. “They were able to be headstrong and play the role as a disruptor for a long time. But now the honeymoon is over and they have to face the reality of business.”

Hamilton believes offering a lower priced version of Netflix’s service that includes ads will be warmly received by consumers looking to save money, as long as subscribers willing to pay more can still binge watch without commercial interruption.

Ad revenue in streaming services during the next five years is likely to grow more rapidly than subscription revenue, according to a recent study by the consulting group Accenture. By 2025, Accenture expects advertising sales in video services to total $21 billion annually, up from just $1 billion in 2017.

Netflix is counting on bringing some advertising into the mix to help bolster its profits, which totaled $1.6 billion during the January-March period, a 6% decline from the same time last year.

The crackdown on password sharing could be more problematic, though.

“I think we may be at the point of no return for password sharing,,” said Ben Treanor, a digital marketing strategist for Time2Play, a gaming site that recently studied the “streaming swindlers” phenomenon. “I think there’s a chance if you throw someone off their family’s account, they may not pick up their own account.”

Netflix has survived customer backlash before. Back in 2011, it unveiled plans to begin charging for its then-nascent streaming service, which had been bundled for free with its traditional DVD-by-mail service. In the months after that change, Netflix lost 800,000 subscribers, prompting an apology from Hastings for botching the execution of the spin-off. But the company bounced back.

Ads, meanwhile, have never been a favorite of Hastings, who has long viewed them as a distraction from the entertainment Netflix provides.

Ravin Ramjit, a 41-year-old living in London, will have none of them.

“I specifically signed up for Netflix back in the day because there were no ads,” he said. “Ads are too intrusive and they break your concentration and the continuity of the shows. You might be in a nice, intense scene -- you’re really into it -- and all of a sudden they cut to commercial.”

Stalwarts like David Lewis in Norwalk, Connecticut, say the changes don’t seem like a big deal. Lewis shares a premium plan with his three adult children and some of their friends and says they will keep it, even if they have to cut off the friends and each pay for their own accounts.

“We would keep Netflix and pay for the four in our family, even if it was more,” he said. “We love the service and what it offers.”

Netflix began heading in a new direction last year when its service added video games at no additional charge in an attempt to give people another reason to subscribe.

‘The Office’ to leave Netflix