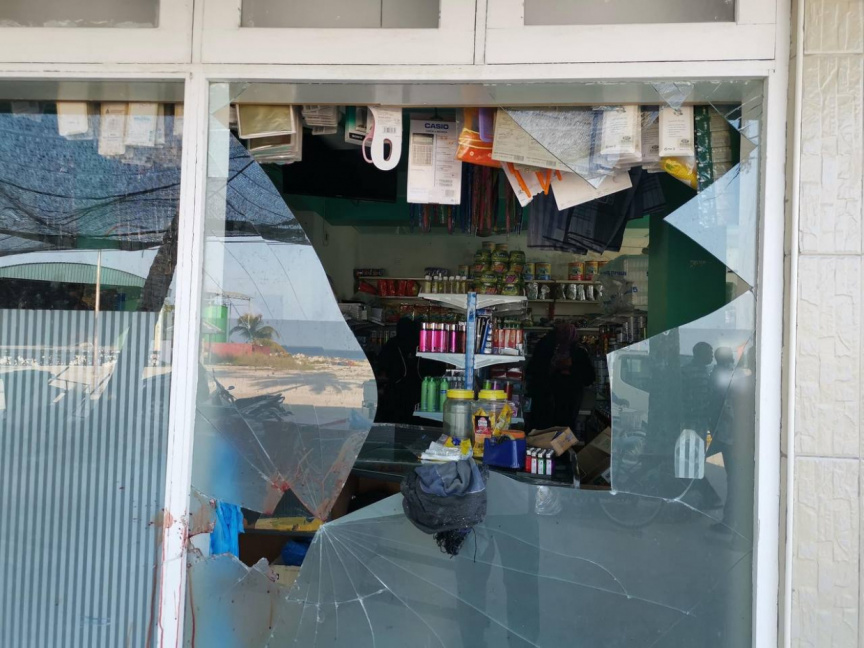 A motorcycle crashed into a shop in an accident in HA. Dhidhdhoo on March 29, 2022. (Photo/Facebook/Aslu Tin Tin Live)

A man from HA. Utheem has sustained serious injuries in an accident in HA. Dhidhdhoo.

He told Sun that the man arrived in Dhidhdhoo on a business trip on Tuesday.

Abdulla Rasheed told Sun the accident took place due to a technical issue with the motorcycle the man was driving.

He said that the motorcycle throttle was stuck to acceleration mode, leading to the man being unable to control his motorcycle and crashing it through the glass display window of a shop.

Abdulla Rasheed said the man was in serious condition and had sustained multiple injuries, including severed nerves in his arms.

He said that paperwork was being prepared to medically evacuate him to Male’ City.

“When I went to the hospital just now, they were working on arranging Aasandha to transfer him to Male’ City. There aren’t any scheduled flights here today. So, they are working on chartering a flight,” he said.

The shop sustained damages in the accident. Abdulla Rasheed said that the window display of the shop completely shattered, and there was damage to some of the merchandise.

Meetings of Dhidhdhoo Council not held for two months

'Target is to open junior college in Dhidhdhoo in '23'