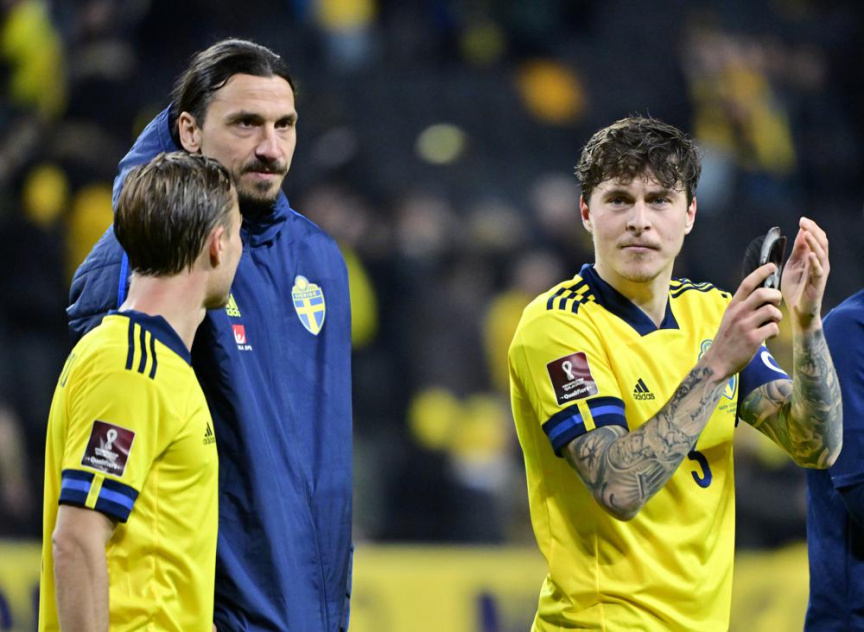 They are superstar strikers fighting to secure what could be their last chance to play on soccer’s biggest stage.

And one thing’s for sure: there isn’t room for both Robert Lewandowski and Zlatan Ibrahimovic at the World Cup in Qatar.

The World Cup playoff final between Poland and Sweden on Tuesday doubles as a head-to-head between two of the leading center forwards of this century.

For the 40-year-old Ibrahimovic, it could even mark the final game of his international career, should Sweden lose in Chorzow. He came out of international retirement in early 2021 with the aim of playing at the European Championship — which he ultimately missed because of injury — and then this year’s World Cup.

Surely the 2026 World Cup is beyond even Ibrahimovic, someone who has previously likened himself to Benjamin Button.

As for Lewandowski, he is 33 and scoring as freely as ever for Bayern Munich, one of the best clubs in Europe. Playing at a World Cup in four years’ time isn’t beyond the realms of possibility.

The bigger issue is whether Poland will make it there, having only featured in one World Cup since 2006.

So much, then, is on the line for the two players in the game at the Silesian Stadium — and Ibrahimovic won’t be in the best position to influence it.

Only recently back from an Achilles tendon injury and restricted to three late appearances as a substitute in Serie A games for AC Milan this month, Ibrahimovic isn’t ready to start against Poland.

That was confirmed by Sweden coach Janne Andersson on Monday. What Andersson wasn’t sure about was how many minutes Ibrahimovic could play if he came on as a substitute, given the match could go to extra time.

“It’s a great question,” Andersson said. “We’ll evaluate that together. He was in full training now and we’ll talk to the medical team to set a plan. It’s partly about how the match will be. It is difficult to predict a match.

“You always have a basic plan, but you have to be flexible. What happens in the match? It is completely impossible to predict everything. Zlatan is a weapon for us, but he cannot play the whole match.”

There were some concerns about Lewandowski’s fitness, too, after he missed a friendly match against Scotland on Thursday. Poland coach Czeslaw Michniewicz said Monday that Lewandowski experienced knee tendon problems for a few days but was now fully fit and has trained since Sunday.

“I have a hard time seeing that he would not play now, considering that he played before the internationals,” Andersson said. “But we’ll see.”

Definitely missing because of injury for Poland, though, is Lewandowski’s strike partner, Arkadiusz Milik, but Krzysztof Piatek is available despite needing stitches in a leg wound during the Scotland game in Glasgow.

Poland advanced to the playoff final courtesy of a bye after its scheduled opponent in the semifinals, Russia, was disqualified following the country’s invasion of Ukraine.

It is Michniewicz’s first competitive game in charge since he replaced Paulo Sousa as coach.

“We began to analyze the Swedes some time ago and then we sped up that work because we learned that will not be playing Russia,” Michniewicz said. “I know a lot about the Swedes — maybe even too much because sometimes I wake up in the morning and see the Swedes before my eyes.”