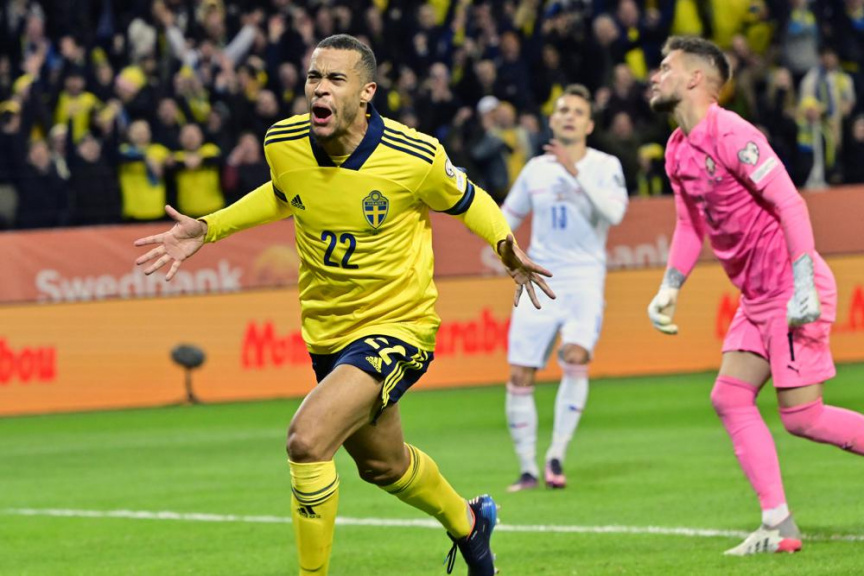 With the suspended Ibrahimovic watching on, Quaison came off the bench and scored in the 110th minute as Sweden beat the Czech Republic 1-0 after extra time to advance to one of the playoff finals in European qualifying for the World Cup on Thursday.

It was a well-taken goal, too, with Quaison exchanging passes with Alexander Isak before slotting home a low finish from close range at the Friends Arena in Stockholm.

Sweden must now travel to play Poland on Tuesday in a shootout for a place in the tournament in Qatar over November and December.

The 40-year-old Ibrahimovic should be available for that match after serving his suspension, though he has been troubled by an Achilles tendon injury in recent weeks.

The Czechs missed out on qualifying for a first World Cup since 2006. Sweden reached the quarterfinals at the 2018 tournament in Russia.

Poland received a bye to the playoff final after its scheduled opponent, Russia, was thrown out of qualifying following the country’s invasion of Ukraine.

Italy to miss World Cup again after loss to NMacedonia