US judge: Public might get look at Ronaldo police report 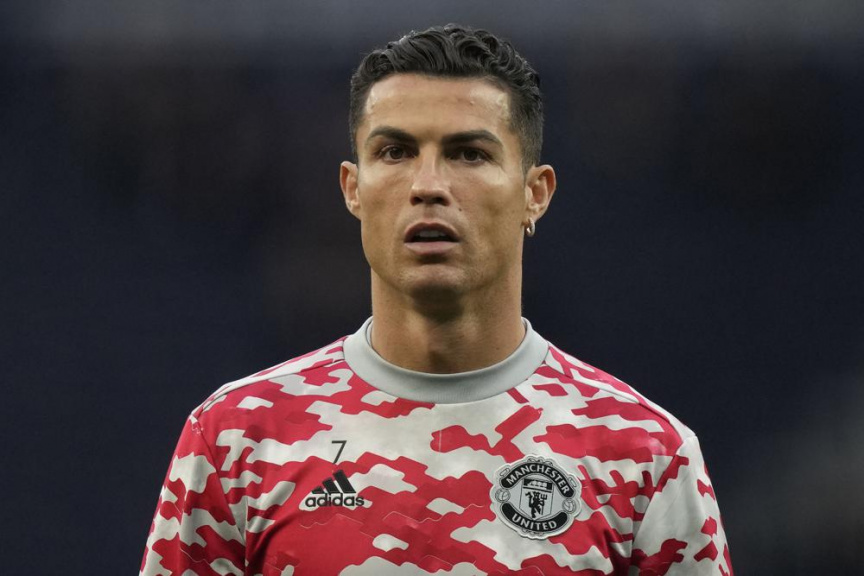 LAS VEGAS (AP) — A federal court in Las Vegas has signaled that the public might get a look at a Las Vegas police report compiled about Cristiano Ronaldo after a Nevada woman claimed in 2018 that the international soccer star raped her in 2009.

Albregts recommended that U.S. District Judge Jennifer Dorsey transfer to a state court the newspaper’s open-records request for documents so far kept secret under a hush-money agreement the woman, Kathryn Mayorga, signed more than a decade ago.

Albregts said a protective order that Dorsey imposed to prevent the release of the 2010 agreement doesn’t apply to the Las Vegas Metropolitan Police Department and “does not bar LVMPD from disseminating its criminal investigative file.”

Mayorga sued Ronaldo in 2018, saying through her attorneys that she was coerced into the settlement, never wanted to be identified publicly and should receive millions of dollars more than the $375,000 she received from Ronaldo’s representatives.

The Associated Press generally does not name people who say they are victims of sexual assault, but Mayorga gave consent through her attorneys, Leslie Mark Stovall and Larissa Drohobyczer, to make her name public.

The lawyers did not immediately respond Tuesday to email and telephone messages about Albregts’ recommendation.

Albregts is an appointed magistrate who presides over procedural and pretrial matters.

Dorsey is a federal judge with lifetime tenure who can accept or reject his recommendation.

He noted the police department was not a party to the Mayorga-Ronaldo hush-money deal and that “all parties came to agree” that state court, not federal court, is the proper venue to decide whether state law obligates police to release what investigators found.

Dorsey ruled last year that due to the 2010 agreement, the dispute between Mayorga and Ronaldo belonged in private arbitration.

The judge has not yet ruled whether Mayorga lacked the mental capacity at the time to sign the secrecy agreement and accept the settlement from Ronaldo’s representatives.

If Mayorga was fit to enter the pact, the judge has said, she is bound by confidentiality and an arbitrator should decide behind closed doors whether the contract was valid.

Mayorga’s civil lawsuit was filed first in state court in 2018 and moved to federal court in 2019. It alleges that Ronaldo or his associates broke the confidentiality pact before the German news outlet Der Spiegel published an article in 2017 based on documents obtained from an entity that Albregts identified as “whistleblower portal Football Leaks.”

The lawsuit accuses Ronaldo and reputation-protection “fixers” of conspiracy, defamation, breach of contract, coercion and fraud.

Ronaldo’s legal team, including attorney Peter Christiansen in Las Vegas, blamed the published reports on electronic data hacked from law firms and other entities in Europe and put up for sale. Christiansen also alleged the information was altered or fabricated.

Christiansen and co-counsel Kendelee Works have fought since October 2018 to block public disclosure of the confidentiality agreement and the police report.

Last October, Albregts recommended that Dorsey reject Mayorga’s attorney’s claims that Mayorga’s learning disabilities as a child and pressure from Ronaldo’s legal representatives left her in no condition to consent to the settlement.

Albregts’ scathing report also blamed Stovall for bad faith and inappropriate conduct for using the Football Leaks documents in Mayorga’s case, and for relying on what Albregts termed leaked and stolen documents detailing attorney-client discussions between Ronaldo and his lawyers.

The magistrate cited what he called “audacious,” “impertinent” and “abusive” attempts by Stovall to make the confidentiality agreement public through legal maneuvers and the court record. He said the matter should not go to trial.

“There is no possible way for this case to proceed where the court cannot tell what arguments and testimony are based on these privileged documents,” Albregts added in his Oct. 6 report to Dorsey.

Mayorga, now 38, is a former model and teacher in the Las Vegas area. Her lawsuit said she met Ronaldo at a nightclub and went with him and other people to his hotel suite, where she alleged he assaulted her in a bedroom in June 2009. She was 25 at the time. Ronaldo was 24.

Ronaldo, now 37, is one of the most highly paid and recognizable sports stars in the world. He plays for the English Premier League club Manchester United and has captained his home country soccer team, Portugal. He spent several recent years playing in Italy for the Turin-based club Juventus.

Ronaldo has four children, including a daughter with his partner, Georgina Rodríguez.

His lawyers do not dispute Ronaldo met Mayorga and they had sex. But Christiansen maintained it was consensual and not rape.

Mayorga went to Las Vegas police at the time, but police closed the investigation because she neither identified her alleged attacker by name nor said where the incident took place, authorities said.

Clark County District Attorney Steve Wolfson, the elected prosecutor in Las Vegas, decided in 2019 not to pursue criminal charges based on the new police investigation.

Too much time had passed, Wolfson said, and evidence he reviewed failed to show that Mayorga’s accusation could be proved to a jury beyond a reasonable doubt.

Ronaldo says one of his newborn twins has died

Ronaldo: Portugal ready to avoid an upset like Italy's