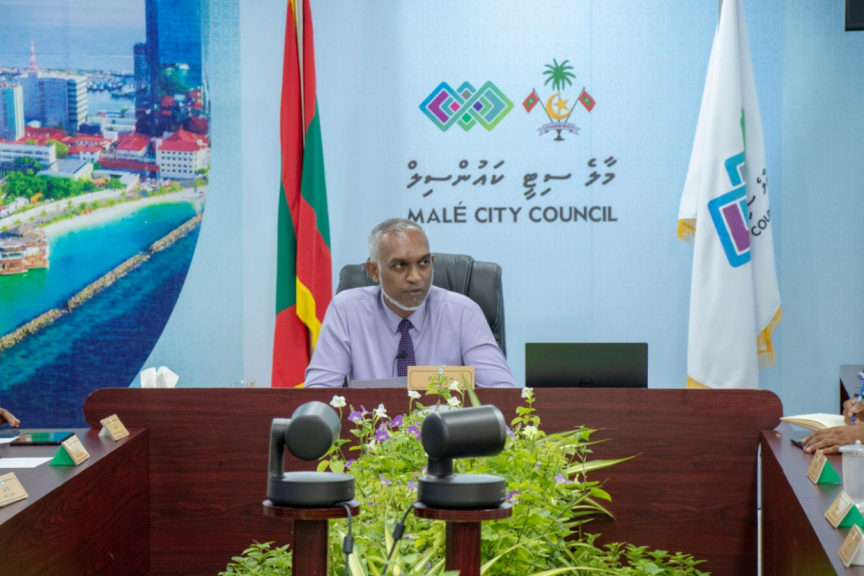 The Mayor of Male’ City Dr Mohamed Muizzu revealed that they have deliberated on developing food courts in Villimale’ under a street food concept – similar to the ones planned for Male’ City.

Speaking at a gathering held in Villimale’, Muizzu stated that beyond the deliberation, no further discussions have been done on the matter.

In the meeting, he shared the Villimale’ land-use plan with the residents and said that the 500 housing units to be built on the island were to solve housing issues.

“There is no new population coming here (Villimale’). We have no plans to make this an opportunity for a new settlement to come here. The main purpose of this project is to grant some ease from being crowded in your homes,” said Muizzu.

In addition to this, the mayor stated that the council has announced seeking investors to develop a good quality park, that is dedicated to all age groups.

Moreover, he highlighted the importance of enhancing water sports on the island. He assured them that watersports facilities will be developed on the island very soon.