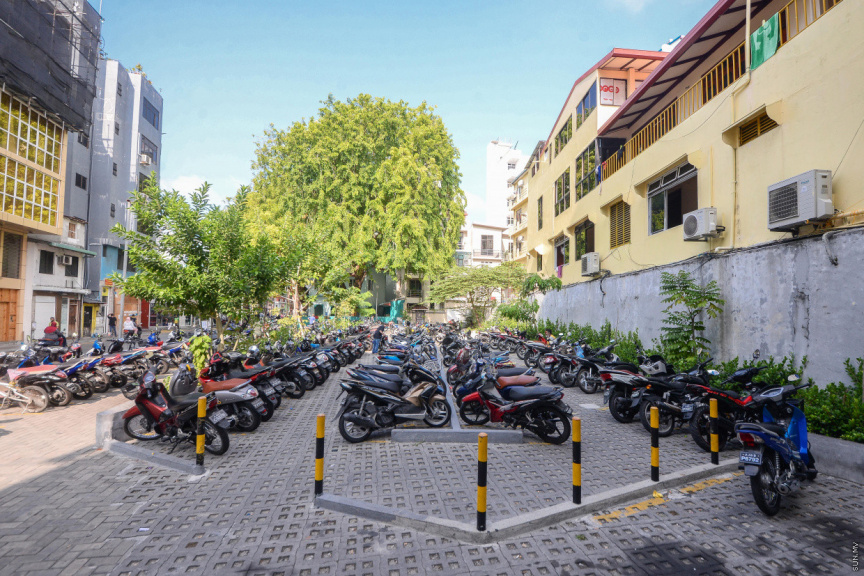 Male’ City Council has stated that 700 from the 1,000 paid parking slots to be issued from Male’ City, will be handed over next week.

Applications for paid parking slots opened on February 9 and February 10. Within this period, a total of 2,807 applications were submitted.

Male’ City Council’s Spokesperson Mariyam Shiuna told Sun that currently administrative works such as informing the recipients of the 700 parking slots and verifying the validity of applications were being carried out at the moment, in connection to paid parking slots.

Noting that 700 slots have already been drawn, Shiuna said that working on handing over the remaining 300 slots will commence upon the completion of the handover of these 700 slots.

She stressed that as drawing of slots were still ongoing, all 1,000 slots have not been drawn yet.

Male’ City Council detailed that they had come to the decision sell paid parking slots on a monthly-fee basis, to address the parking issues faced by four-wheelers in Male’ City, to an extent.

Price of petrol rises to MVR 14.60 per liter