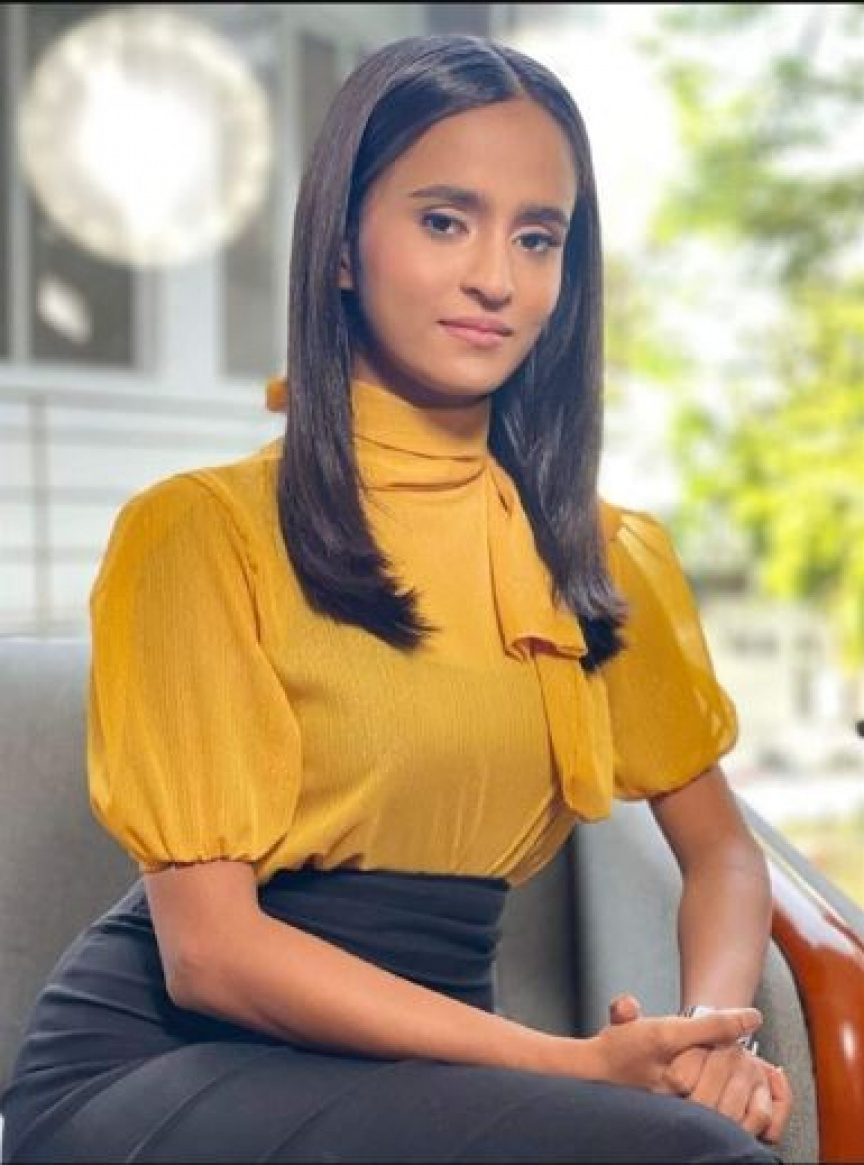 The evolution of the Maldivian film industry is an interesting story to recall. What was once in need of modern technology, managed through makeshift and rudimentary equipment now sees innovation through the most up-to-date technology and the expertise of people who have dedicated their education to filmmaking. What was once an exclusive club for state television and individuals involved in public broadcasting has become an industry of choice for young people, who are armed with cameras and lights and creative ideas. Although there is still an abundance of things to be desired from the Maldivian Film industry, what we do have now is a huge variety of young actors who have changed the very idea of movies in the country. What has helped them break ground is unequivocally the free availability of a variety of social media platforms such as TikTok, YouTube and Snapchat. From those who have managed to make it big in the film industry following their stint on social media, there is one individual who is making huge waves as we speak. Aminath Rashfa (Aasha) has everything going for her at the moment. She is the epitome of the change that has swept the Maldivian film industry.

Aasha began her career in 2018 with the crime thriller ‘Goh Raalhu’; produced by the most prolific production house in the Maldives, Dark Rain Entertainment. She garnered praise for her role in the movie, particularly regarding the poise and calmness with which she imbued the character. She has not looked back since then, and is currently working on a variety of exciting new ventures. She has been confirmed as a consistent actor by Dark Rain Entertainment in all their upcoming ventures in addition to some that are already streaming on OTT platforms.  They include the lead in production house’s most recent romantic comedy ‘Giritee Loabi’; a central character is now complete ‘Beeveema’; lead in their upcoming romantic drama ‘Hindukolheh’ and the main role in their upcoming horror flick ‘Balhindhu’. In addition to this, she is also confirmed for their productions lined up for the future including a dark comedy, a revenge thriller and a suspense thriller.

Aasha also has several hit video songs under her belt. She believes that the key to her success lies in her passion for acting and her dedication to the craft. She is diligent, hardworking and appreciates the diversity of the roles that she has tackled in her career so far. She has also birthed a new era of acting where it is no longer important to be overdramatic to create talent. Aasha has portrayed characters that are realistic and convey meaning through moments of silence. She is taking over the silver screen with her panache for unparalleled acting.

Dark Rain Entertainment, as one of the biggest production houses, has banked on her talent to create unique and commercially viable productions in the next few years. They have elevated her talent for everyone to take notice and she is similarly bringing a tremendous amount of energy to their productions in return. Maldivian film industry is just emerging from its cocoon, and, Asha will undoubtedly, through her upcoming features with the production house, will help shape the industry into the illustrious butterfly it desires to be.

In India, hate-filled songs a weapon to target Muslims