Foreign Ministry: Can facilitate return of 15 locals in Ukraine within two days 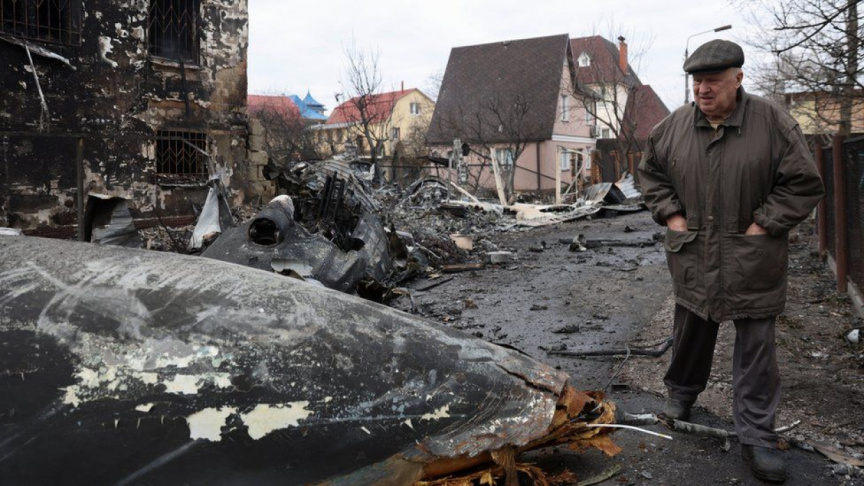 Aftermatch of attack by Russians to Ukraine's capitak, Kyiv. (Photo/Reuters)

Foreign Ministry has stated the return of 15 locals in Ukraine to Maldives can be facilitated within two days – adding that efforts were also underway to evacuate the remaining eight Maldivians in the country.

Foreign Ministry said that 15 Maldivians that were residing at Ivano-Frankivsk have safely traveled to Hungary’s Consulate which is near the Hungary border.

The Ministry detailed that Maldivian government has arranged for the 15 of them to cross the border, and travel to Hungary’s capital Budapest, following discussions with Hungarian government.

“Foreign Minister Abdulla Shahid had called Hungary’s Foreign Minister a while back, to discuss evacuating Maldivians in Ukraine safely to Hungary. The country has given full assurance that they would cooperate with Maldivians,” the Ministry had said

Foreign Ministry added the return of these 15 people to the Maldives can be facilitated within two days of their arrival in Budapest.

Apart from this, the Ministry said that they were working on evacuating locals at Kharkiv to Ukraine’s western area. However, Foreign Ministry stressed that there were difficulties due to the distance in-between.

The Ministry also said that Maldivian Embassy in Berlin, Germany, had informed them yesterday that out of the eight remaining locals at Kharkiv – five of them are students who have been unable to depart due to visa renewal issues and such whilst three of them have families at Ukraine.

“Foreign Ministry has been working alongside countries neighboring Ukraine to evacuate students to safe areas nonstop,” the Ministry had said.

There were 50 local students residing in Ukraine for higher education. A significant number of these students had been repatriated when fears of war heightened.

However, with Russia initiating attacks against Ukraine on Thursday, obstructions have been faced in evacuating the remaining students in the country.