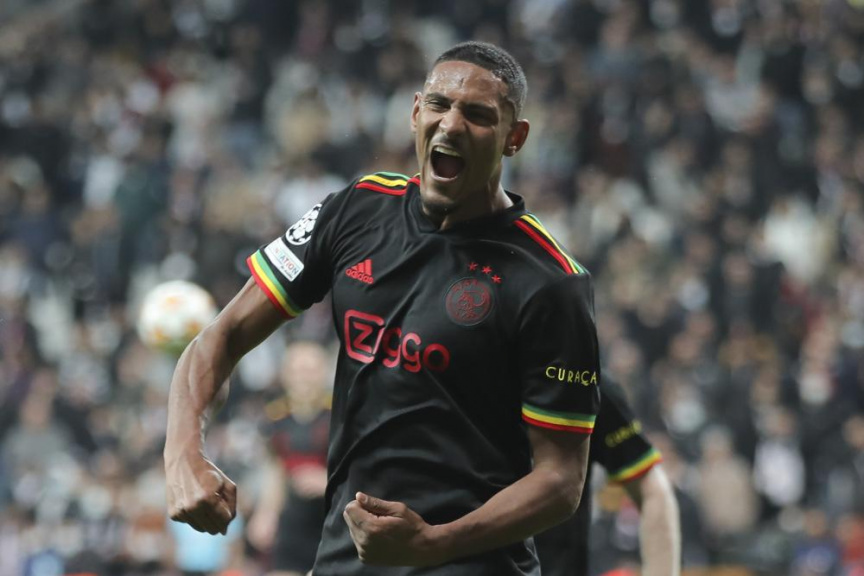 LISBON, Portugal (AP) — Sébastien Haller can add to his scoring run in the Champions League when Ajax plays at Portuguese club Benifca in the opening leg of their round-of-16 tie on Wednesday.

Haller became the first man to score 10 goals in his first six games in Europe’s top-tier competition as Ajax stormed through the group stage by winning all of its matches.

That gave the Ivory Coast striker more goals than stars Robert Lewandowski (nine) and Mohamed Salah (eight), and twice as many as Kylian Mbappé, Lionel Messi and Karim Benzema.

“If you had asked me beforehand if I could have scored that many, I would have thought you were crazy,” Haller said this week of his sensational first Champions League. “It’s a fantastic number. But it is also the logical consequence of the opportunities I have been given, thanks to the way the team played. I could have scored even more.”

Benfica surely took note when Haller struck four goals past Portuguese rival Sporting Lisbon to lead a 5-1 route in his stellar Champions League debut in September. He then added one more goal in a 4-2 win over Sporting in Amsterdam.

Before joining Ajax last winter, Haller played for Utrecht under current Ajax coach Erik ten Hag and had stints with Eintracht Frankfurt in Germany and West Ham in England.

While Ajax leads the Dutch league, Benfica trails both Porto and Sporting in Portugal.

But Benfica also has a big threat up front. Darwin Nuñez has scored 23 times across all competitions, including a Portuguese league-high 18 goals to go with three in the Champions League.

Benfica managed to edge out Barcelona to finish runner-up behind Bayern Munich in their group, beating the Catalan club 3-0 at home and then drawing 0-0 at Camp Nou. But that was not enough to save Jorge Jesus from getting fired. He was replaced by reserve team coach Nélson Veríssimo.

The two-time European champions remain erratic, as seen on Friday when they squandered a two-goal lead in a 2-2 draw at Boavista in the Portuguese league.

Ajax beat Benfica in the 1969 quarterfinals and the 1972 semifinals en route to winning two of the club’s four European Cups.