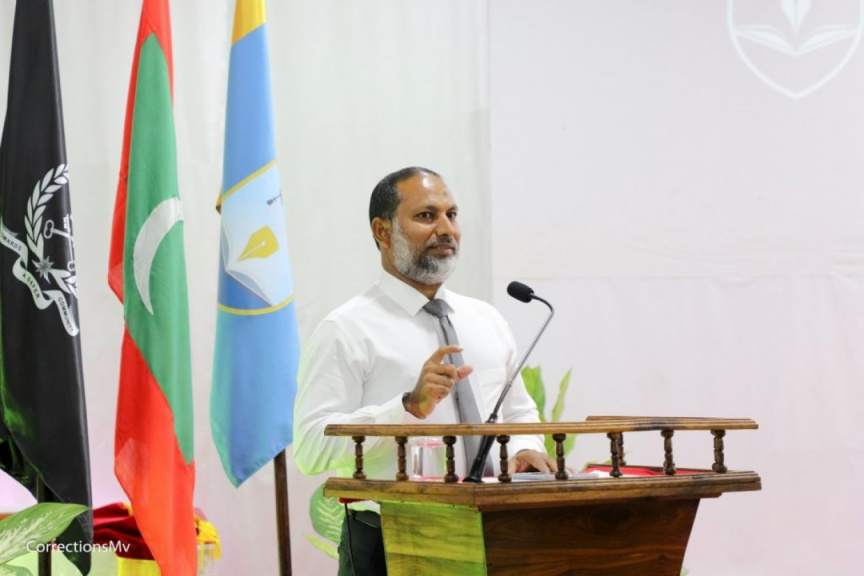 Home Minister Imran Abdulla said on Saturday that the crime rate per capita is high in Maldives, and that the hardworking staff of Maldives Correctional Service have a key role to play to counter the high crime rate.

Imran said that correctional management was an important and useful field for Maldives.

He said that MCS’ staff must gain knowledge and skills to reform repeat offenders and make them productive members of society.

“The crime rate in Maldives is high. This requires much thought and major reform at state level.  The people here to get this done are the staff at MCS, starting from the highest rank,” he said.

Imran said that gaining knowledge was the path to success and honor, both in this world and the next.

He also noted that the number of officers in the third batch was higher than the previous two batches, and encouraged students to increase the number of students who complete the course to 80 percent.

The one-year course was officially launched on January 10, 2012.

14 out of 28 officers from different prisons who enrolled successfully completed the course.

MCS said that six officers dropped out of the course for various reasons.

MCS said that the purpose of the course was to improve the education and skill of prison officers, and equip them to solve problems at management level.

It’s the first such course to be conducted in Maldives.