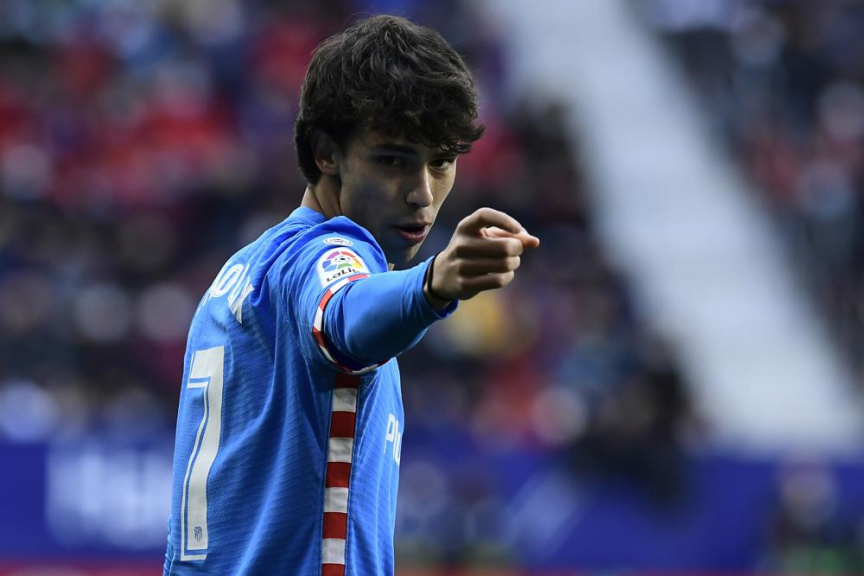 The class of João Félix and Luis Suárez — combined with some team defending finally living up to Simeone’s standard — gave Atlético reasons to feel better about its upcoming Champions League clash after a 3-0 win at Osasuna on Saturday in the Spanish league.

Karim Benzema, Marco Asensio and Vinícius Júnior all scored in the second half to give league leader Real Madrid a 3-0 win over Alavés. Second-place Sevilla trails Madrid by seven points before it visits Espanyol on Sunday.

Atlético’s first away win in the league since late November came after an embarrassing home loss to bottom side Levante. The win in Pamplona saw Atlético move ahead of Barcelona into fourth place.

Félix smashed in a poor clearance by Osasuna goalkeeper Sergio Herrera for the third-minute opener. Felix’s pass in the 59th launched a counterattack that Suárez capped with an exquisite left-foot strike — from 40 yards out — over the head of Herrera, who was caught off his line.

Ángel Correa rounded off the win in the 88th with his team-high 12th goal of the season.

“We are happy with the win today after coming from such a bad game, but we knew how to turn the situation around,” the 22-year-old Félix said after his 100th appearance in all competitions for Atlético. “This gives us confidence after scoring three and not conceding once.”

United is the next test for Atlético when it visits Wanda Metropolitano Stadium on Wednesday in the Champions League round-of-16 first leg. Ronaldo will return to face a team whose fans learned to fear and loath the striker who helped Real Madrid beat Atlético in two Champions League finals, as well as in domestic league matches, in his nine seasons in the Spanish capital.

The win comes amid Atlético’s worst run of results since Simeone took over the club and turned it into a winner a decade ago. Beyond the goals against Osasuna, Atlético finally showed the same defense that Simeone has made the foundation of its success by keeping its first clean sheet in eight games.

“We had been struggling in these types of games for quite some time,” Simeone said. “Today we restored that defensive security and from there the team showed it has talent and can produce goals.”

Despite the lopsided score, Madrid still showed the same problems behind its poorest run of an otherwise strong campaign. Madrid was outclassed in its last game by Paris Saint-Germain and was fortunate to only lose 1-0 in their Champions League match.

Alavés, a team in the relegation zone, got the opportunities it needed to dream of an upset at the Santiago Bernabéu, but it was left to rue some jittery finishing. Both Jason Remeseiro and substitute Pere Pons were gifted balls near the area from Casemiro and Asensio, only for both players to shoot well wide.

Once Asensio broke through with a superb curling strike from outside the box in the 63rd, it was all Madrid the rest of the way.

Vinícius finished off a slick passing combination between Federico Valverde, Asensio and Benzema to double the lead with his 13th league goal of the season with 10 minutes left.

Benzema added a third from the penalty spot late after Rodrygo was fouled, taking his league-leading tally to 18 goals.

“It takes us time to get to get into games, it is a weakness (that we have),” said coach Carlo Ancelotti. “Recently it has been tough for us to score. Today Karim was feeling better, Vinícius too, and our second half was much better than the first. Now we have a week to improve this aspect.”

Villarreal warmed up for Juventus after striker Arnaut Danjuma scored a hat trick to lead his team to a 4-1 win at Granada. The Netherlands forward got two of his goals from penalties.

Unai Emery’s side also moved ahead of Barcelona and into fifth place before it hosts Juventus in their Champions League match on Tuesday.

Also, Álvaro Negredo equalized after he had conceded a penalty with a handball to salvage Cádiz a 1-1 draw at home with Getafe.