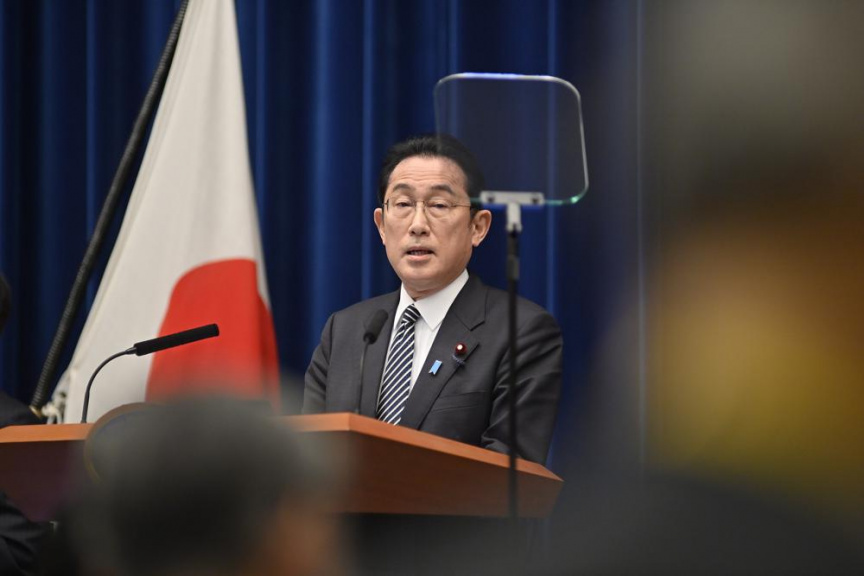 TOKYO (AP) — Japan announced Thursday it will ease its tough COVID-19 border controls by increasing the number of people allowed to enter each day and reducing quarantine requirements following criticism that its current policy is unscientific and xenophobic.

Prime Minister Fumio Kishida said the daily entry cap will be raised to 5,000, including Japanese citizens and foreign residents, from the current 3,500 beginning March 1. The decision is good news for foreign scholars, exchange students and business travelers who have been unable to enter, but does not cover tourists.

“It’s not realistic to ease the measures all at once,” Kishida said. He said Japan will study when it can start allowing in foreign tourists while gradually expanding entries of non-tourists. He did not give a timeline.

He said quarantine requirements for entrants with a negative COVID-19 tests and a booster shot will be shortened to three days from the current seven, and those from areas with few omicron cases can skip self-isolation.

Japan has banned nearly all entry of non-resident foreigners since early in the pandemic. The country, which saw a significant decrease in infections in the fall, briefly announced an easing in November but quickly reversed that decision after the omicron variant emerged in other countries.

Kishida said Japan will decide on a further easing of border controls based on a scientific assessment of the omicron variant, infection levels in and outside Japan and quarantine measures taken by other countries.

Infection rates are stabilizing but not slowing fast enough, Kishida said. “Now is the most difficult time to cope. I seek cooperation from everyone for just a little longer so we can overcome this difficulty,” he said.

Most of Japan is currently under virus-related restrictions. Infections only recently started to show signs of slowing, likely because of delayed booster shots.

Nationwide, Japan reported 91,006 new cases on Wednesday, down slightly from a week earlier, after cases exceeded 100,000 on Feb. 5.

But experts say the infections are continuing to burden Japan’s medical systems, which tend to be overwhelmed easily because COVID-19 treatment is limited to public or major hospitals.

Japan has become one of the world’s most difficult countries to enter and critics compare it to the “sakoku” locked-country policy of xenophobic warlords who ruled Japan in the 17th to 19th centuries.

Current border rules — scheduled to remain in place until the end of February — allow in only Japanese nationals and foreigners with residency permits. The policy has triggered protests from foreign students and scholars, about 150,000 of whom have been affected.

U.S. Ambassador to Japan Rahm Emanuel praised the decision to ease border restrictions. He said it will benefit students who are “essential for building long-term people-to-people connections” between the two countries, as well as business travelers who are “vital for ensuring the economic ties” between Japan and other countries, including the United States.

Many Japanese have been supportive of the tight border controls because they think troubles such as the pandemic come from outside the island nation. Kishida’s stringent controls are widely seen as politically motivated to gain public support for his governing party in July parliamentary elections.

Kishida’s government, however, faces criticism of its slow distribution of booster vaccines due to a delayed decision to reduce the interval between the first two shots and the third to six months from an initially planned eight.

Kishida has set a target of 1 million doses a day by the end of February.

Only about 12% of Japan’s population has received their third shots. Experts say the low vaccination rate contributes to a growing number of serious cases and deaths among elderly patients.

Japan to resume tourism in June; only packaged tour now