Youths protest over birds being put down 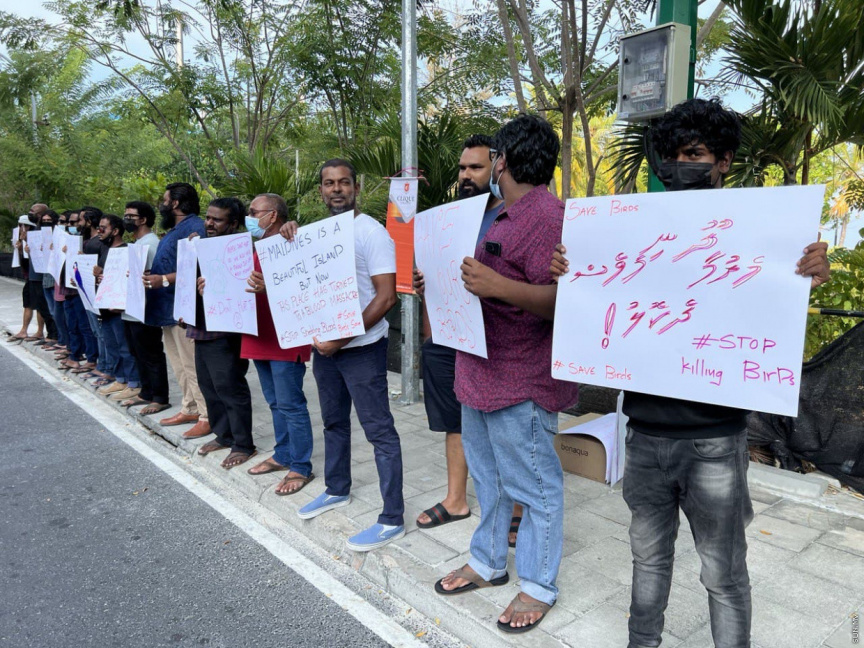 Youths in Male' City protest over illegally imported birds being put down by Fisheries Ministry on February 9, 2022. (Sun Photo)

Youths had protested in Male’ City, over Fisheries Ministry putting down prohibited birds that had been imported into Maldives.

The protest took place this evening, at Artificial Beach area.

A participant of the protest told Sun that the youth had organized the protest over the unjust killing of a being created by Almighty Allah.

The participant also called on the government to make arrangements for illegally important animals and birds to be returned instead of being put down.

“In winter and summer, we see many birds migrating to Maldives. They migrate without a permit as well, right? If they can return to where they came from, why can’t illegally imported birds be returned as well?” the youth had said.

Manager of Pet Master, the company that had imported the birds to Maldives, Hussain Athif told Sun that the birds were put down at Velana International Airport’s Plant and Animal Unit.

The case of illegally imported birds being put down has been brought to the attention of President Ibrahim Mohamed Solih. He has instructed relevant authorities to conduct an investigation of the matter.

‘India Out’ supporters take to the street after arrests