Adubarey sentenced to 15 days in jail over Ali Waheed's case 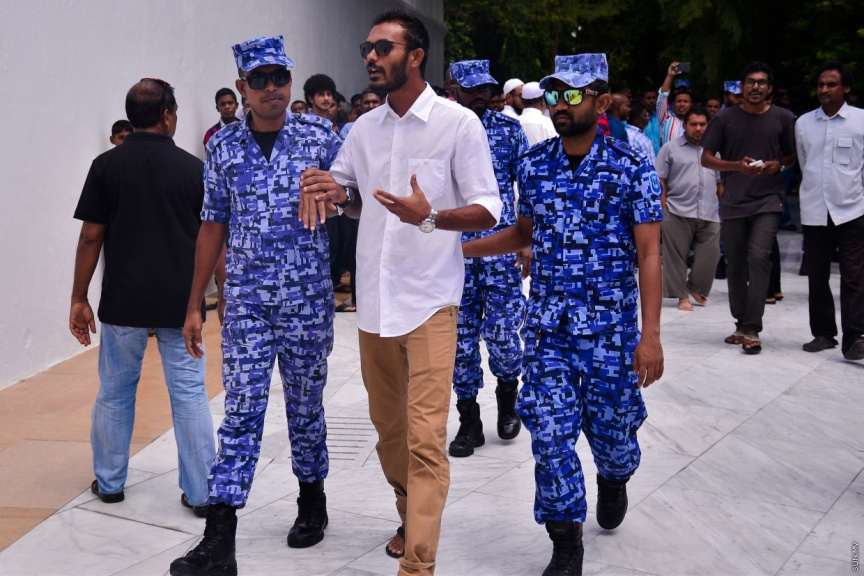 Criminal Court has sentenced State Minister for Youth Assad Ali (Adubarey) for 15 days in jail as the guarantor for the return of former Tourism Minister Ali Waheed – who has failed to appear at the court to stand trial on multiple charges of sexual offenses.

Criminal Court decided to penalize Adubarey who signed as Ali Waheed’s guarantor for his return within the four-month period granted by the court for his travel overseas – which expired last June – should Ali Waheed fail to appear before them in 72 hours on November 28.

The Court made the decision to lift the travel ban as he had also submitted a guarantor for his return; Adubarey.

Adubarey failed to appear at the hearing of the case held today.

Presiding judge in the case, Judge Hassan Saeed, said that Adubarey has not informed the court of any extenuating circumstances stopping him from appearing before the court. Therefore, he said that Adubarey’s act amounts to contempt of court.

Noting there to have been no efforts by Adubarey to bring Ali Waheed before the court – Judge Saeed said that Adubarey had also objected to it. This is in reference to the fact that Adubarey has previously stated in a hearing that Ali Waheed had appeared before the Court within the four-month period as stipulated in the guarantor’s agreement in reference to Ali Waheed’s attendance to online hearings held by the Court previously in the case.

To negate Adubarey’s remarks – Judge Saeed pointed out that the Supreme Court had ordered against holding online hearings in the case. The judgment by Supreme Court read that defendants outside the jurisdiction of Maldives cannot take part in hearings via audio or video conferencing.

Man gets 57 years for sexual abuse of wife's sister

'Did not permit rebroadcasting of Yameen’s trial'