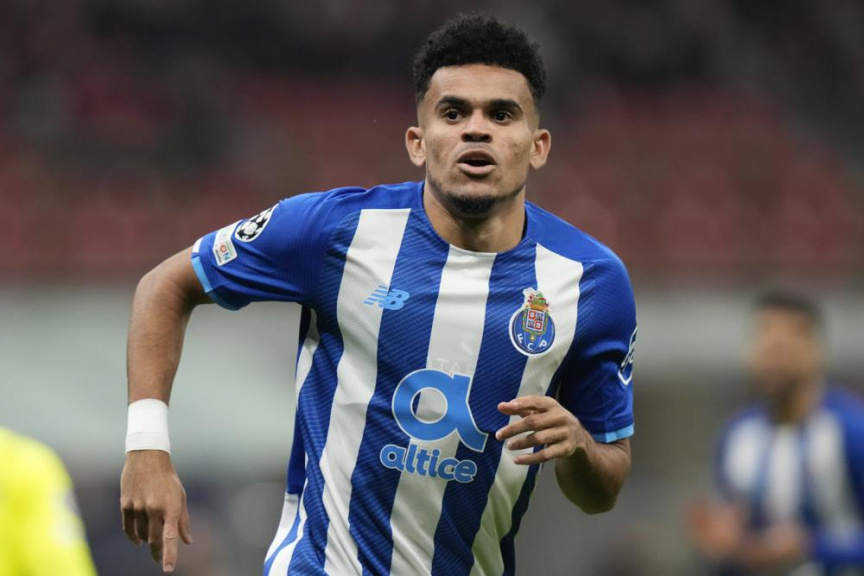 LIVERPOOL, England (AP) — Liverpool signed Luis Diaz from Porto on Sunday to strengthen its attacking options on the penultimate day of the January transfer window.

The 25-year-old Colombia international is yet to be granted a British work permit to complete the transfer that will see Porto receive 45 million euros ($50 million) and potentially 15 million euros more in the years to come depending on Diaz’s success with Liverpool.

Diaz is a skilful, exciting winger who has played for Porto since July 2019. He was tied with Argentina’s Lionel Messi as the leading scorer at the Copa America last season. Colombia plays Argentina in World Cup qualifying on Tuesday.

Liverpool is next in action in the FA Cup on Sunday against Cardiff. The team is second in the Premier League, nine points behind Manchester City with a game in hand on the champions.

Lyon announced the transfer fee on its website and Newcastle tweeted that he signed a 4 1/2-year deal.

The Saudi sovereign wealth fund bought Newcastle in October and the Premier League club tweeted “Bruno is a Geordie.” The club also showed a photo of him signing his contract.

Newcastle is fighting relegation in the Premier League with only two wins this season and is in 18th place.

The 24-year-old Guimarães has three international caps for Brazil and played well for Lyon this season. Guimarães was not first-choice last season after joining from Athletico Paranaense two years ago for 20 million euros ($22.3 million).

Last year he helped Brazil win the Olympic gold medal at the Tokyo Games. Overall he scored three goals in 71 games for Lyon.