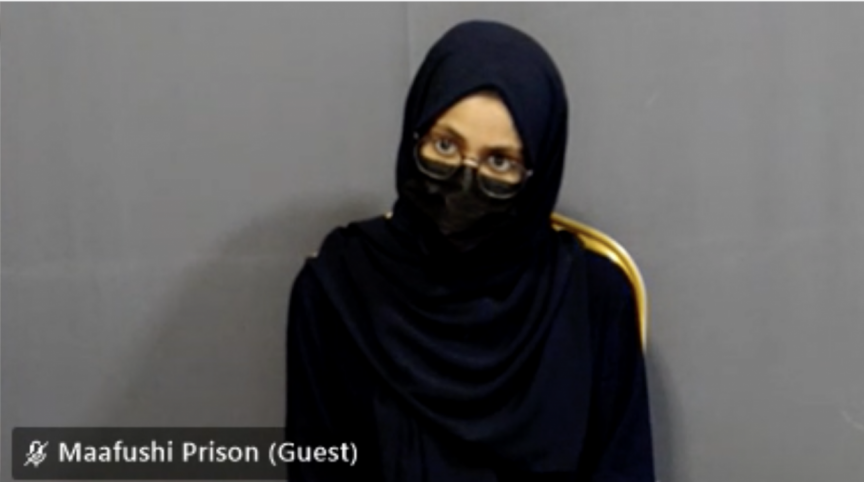 The prosecution has stated that the death of Mary Grace Oned Pineda, a Flipino nurse at Indira Gandhi Memorial Hospital (IGMH), was reported just a minute after local nurse, suspect in the case Haleemath Lamha Abdul Rahman had left Mary’s apartment.

Lamha’s trial commenced today, during which the prosecution noted that they still have a large amount of evidence to submit, including mobile forensic evidence.

During today’s hearing, the prosecution described Mary’s death as premeditated murder. They also presented evidence to back up the accusation.

In this regard, the state prosecutor highlighted that phone conversations between Marvin and Lamha after October 10, 2021, show that they talked about injecting a woman.

The state prosecutor also highlighted that on the day of Mary’s death, Marvin had googled pictures of how to murder someone by strangulation on his mobile phone at 10:20am.

“About three to four minutes after this google search, Marvin had taken Olivia (Marvin and Mary’s daughter) to Lamha,” the state prosecutor added.

Explaining the timeline of events, the state prosecutor said that Mary had gone to her break from work at 12:02pm – whereas at 12:30pm Lamha had gone over to Mary and Marvin’s apartment with Olivia.

As Lamha has denied going inside the apartment that day, the state prosecutor said that they will submitting video footage to prove otherwise.

Therefore, the state prosecutor stressed that it is impossible to rule out that Lamha did not have a hand in Mary’s murder.

Lamha and Marvin’s trials are proceeding separately – with Marvin’s trial also commencing today. At Marvin’s hearing, his remand was extended by additional 30 days – despite the trial being cut short due to being unable to reach his lawyer.

Her dead body was taken to the hospital by her husband, Marvin, moments after she had gone home for break whilst on duty.