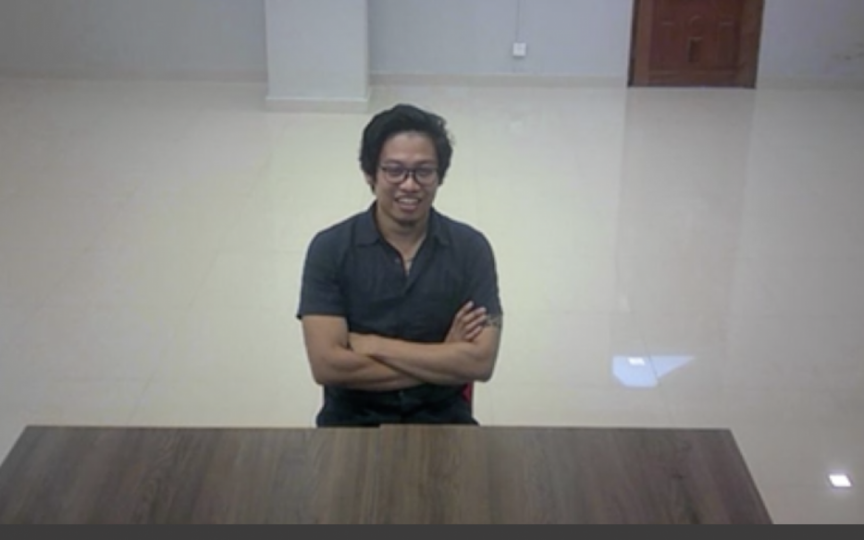 The remand of Marvin S. Y. Vargas, arrested in connection to the murder of his wife, a Flipino nurse at Indira Gandhi Memorial Hospital (IGMH), Mary Grace Oned Pineda, has been extended by additional 30 days.

Marvin was charged with murder with intent, in connection to Mary’s death, on January 4. He is accused of injuring Mary’s head and neck and strangling her to death at her apartment on the first floor of Ma. Udhuheykokaage in Male’ City on the afternoon of October 19, 2021.

Whilst the trial on Mary’s murder case commenced at the Criminal Court today – Marvin had affirmed at the court that he wishes to proceed with the assistance of a lawyer. He also noted that he had already appointed a lawyer.

Subsequently, the hearing being held online, was intermitted temporarily in order to contact Marvin’s lawyer. However, as the lawyer was not reached – the hearing was cut short.

At the hearing, the prosecution had requested to extend Marvin’s remand, for it expires today.

Presiding Judge Hussain Faiz Rashad had concluded to extend his remand by additional 30 days. However, Judge Faiz noted that the remand decision will be reviewed later on, when Marvin’s lawyer is present.

In addition to Marvin, his lover, Haleemath Lamha Abdul Rahman, has also been charged in connection to Mary’s murder. Lamha is accused of co-conspiring with Marvin to murder Mary, and assisting in and facilitating her murder. She faces minimum of 6 years in prison if convicted of the charge.

Both Marvin and Lamha are also nurses working at IGMH.

Her dead body was taken to the hospital by her husband, Marvin, moments after she had gone home for break whilst on duty.