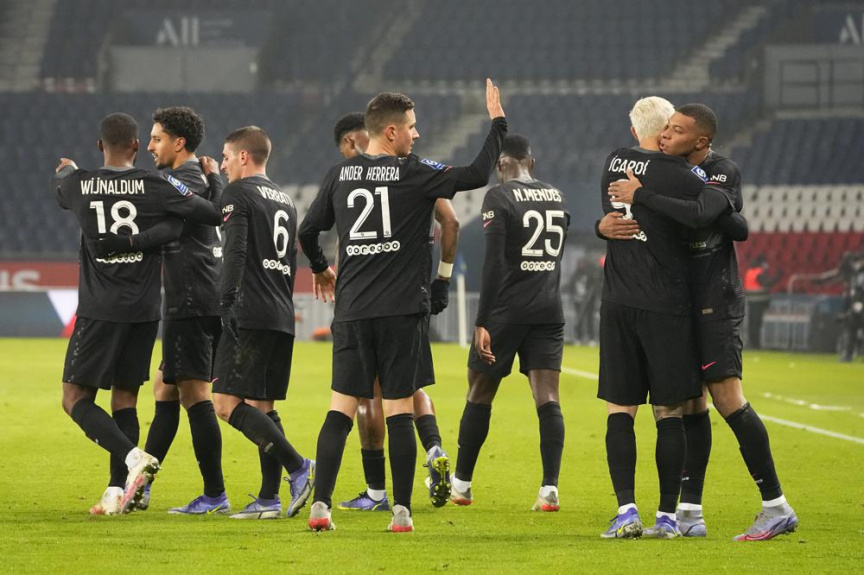 PSG was missing Lionel Messi as he continues to recover from the coronavirus, and struggled early.

Mbappe’s excellent form has glossed over PSG’s shortcomings this season, and he curled a shot into the bottom corner from the left of the penalty area in the 32nd minute.

PSG midfielder Marco Verratti hit the post just after the break, and left back Nuno Mendes set up fellow defender Thilo Kehrer for a close-range volley in the 53rd.

Brest was in 13th place but finished as the stronger side.

Earlier, Saint-Etienne’s campaign took a turn for the worse when it conceded deep in injury time and lost at home to Lens 2-1.

Rock-bottom Saint-Etienne has won only two games and lost 12, leaving it four points behind 19th-placed Metz.

Captain Seko Fofana curled the ball in brilliantly five minutes into stoppage time to give fourth-placed Lens another late win after an 88th-minute strike against Rennes last weekend.

Firing coach Claude Puel has made little difference for Saint-Etienne, once one of Europe’s most entertaining sides during the Michel Platini era.

Puel’s replacement, Pascal Dupraz, saved Toulouse from relegation against the odds in 2017, and Saint-Etienne is looking just as bad this time.