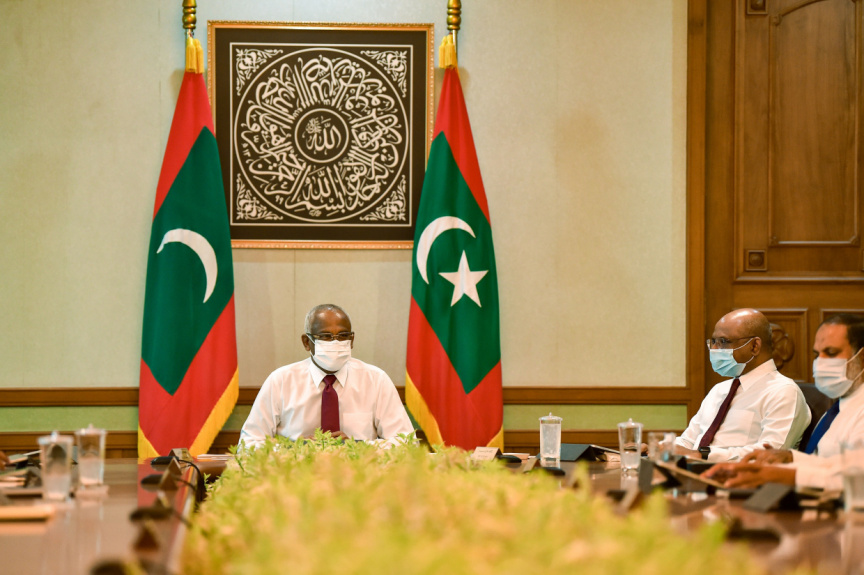 President Ibrahim Mohamed Solih, on Tuesday, has decided to seek parliamentary consideration for the Maldives to join the Organization of African, Caribbean and Pacific States (OACPS).

The proposal to join OACPS was submitted by the Foreign Ministry at a cabinet session held at the President’s Office today.

OACPS is an organization formed by the Georgetown Agreement in 1975. Its objectives include sustainable development, poverty reduction and ensuring greater integration of member countries within the world’s economy.

Maldives’ participation in the organization will strengthen its relations with Africa, the Caribbean, and the Pacific, as well as allow the Maldives to play a larger role in international forums on issues of national interest, such as climate change, and secure funding for development projects.

Moreover, it would also contribute to improved cooperation between the OACPS and European Union institutions. This will ease negotiations for better prices for Maldivian fish exports and obtaining Schengen visas for travel.

Maldives is the only small island nation with developing nation status that is not a member of the organization. Should it enter the organization, Maldives will become the 80th member state.