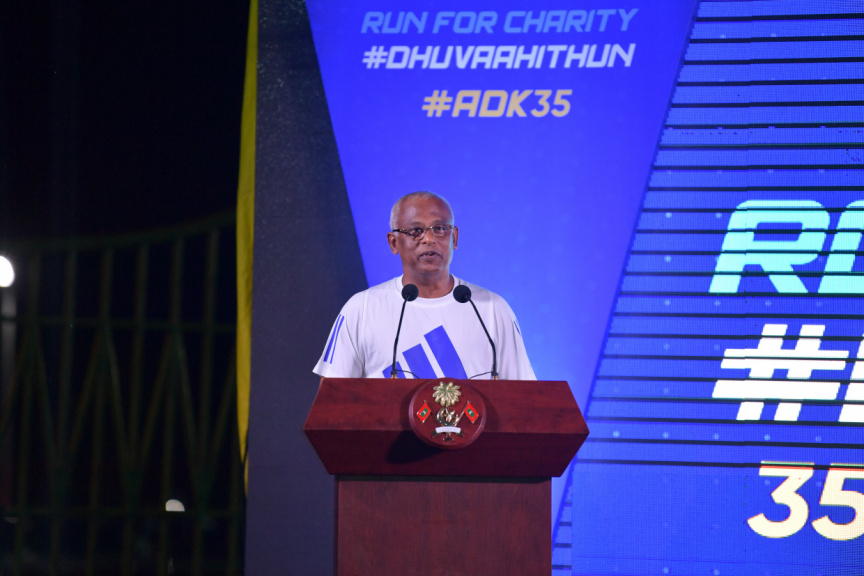 The PET scan uses a mildly radioactive drug to show up areas of your body where cells are more active than normal. It's used to help diagnose some conditions including cancer.

Speaking at the closing ceremony of ADK's "Run for Charity, Dhuvaahithun" held to mark the 35 year anniversary of the hospital, the President remarked that it is not a usual thing for a private hospital to reach such a milestone.

ADK marked 35 years, with a 35-hour long charity run, in which the hospital donated MVR 35 to Tiny Hearts of the Maldives, for each mile run by participants.

"This hospital is gearing o to introduce PET CT scan that is used to detect cancer very soon. This is something the country is in dire need of. I have also been informed that the hospital will in the near future introduce the latest MRI facilities as well."

Acknowledging the hard work done by the staff and management of ADK, President Solih stated that the country was in great need of its services.

"Starting out as a very humble clinic in 1987, I doubt many would have thought that after 35 years it would become the biggest private hospital in the nation. This, I believe is very hard work of many."

Additionally, he noted that ADK hospital was huge progress towards a healthier nation and has achieved great successes in providing modern facilities.

"MRI and CT scan was introduced to Maldives by ADK. Lung and open heart surgery are only done in ADK. Brain and neurology related surgeries are also only done in ADK," noted President Solih.

Furthermore, he highlighted the work done by ADK in developing people and expressed his gratitude towards the hospital.

Man in possession of liquor arrested from Thoddoo