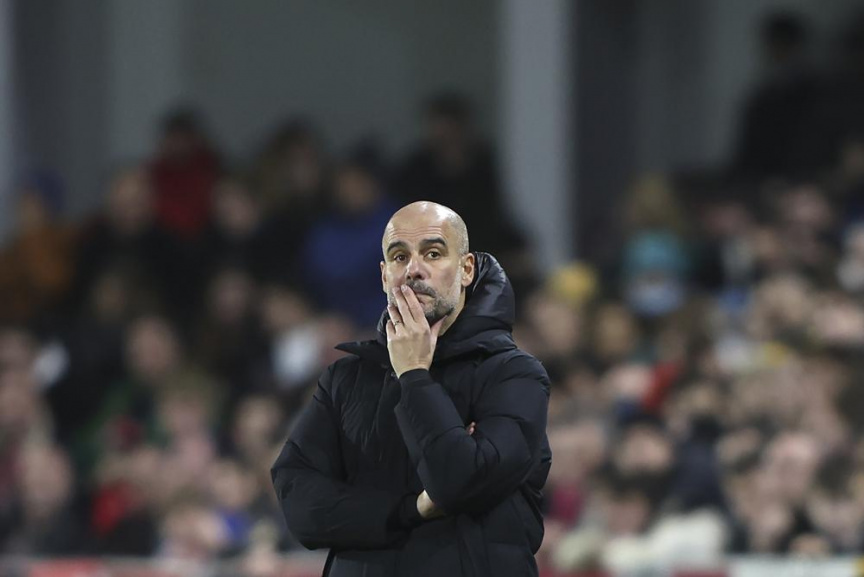 A coronavirus outbreak at Manchester City put manager Pep Guardiola and seven players in isolation while four Serie A teams were ordered into quarantine and unable to play matches on Thursday.

City indicated it still plans to play its FA Cup match on Friday against Swindon with assistant coach Rodolfo Borrell stepping in after Guardiola tested positive.

The English Premier League champions said Guardiola was among 14 backroom staff and seven first-team players “isolating for COVID-related reasons.” An unvaccinated close contact of an infected person also has to isolate in England, but details were not provided.

Burnley has played the fewest games in the Premier League after three of its matches were called off because of outbreaks in opponents’ squads and another due to snow.

At least four of the 10 Serie A matches scheduled for Thursday won’t be played after local health authorities ordered teams into quarantine amid rising coronavirus cases.

Inter Milan showed up at Bologna’s Dall’Ara stadium for its game despite knowing it wouldn’t be played due to the host team having eight players test positive.

“For example, Verona is going to play at Spezia with 11 positives, while other teams have been stopped with lower numbers of positives,” Marotta added.

Inter’s players warmed up for the game then retreated to the changing room and showered before the referee called off the match after 45 minutes of waiting for Bologna to show up.

The quarantine orders came from authorities in Bologna, Turin, Udine and Salerno.

The league said if squads have 13 players available, including at least one goalkeeper, then they should play. In all, more than 70 players in the league are positive.

League officials met late Wednesday and decided all of the games should still be played. So none of the games has been officially postponed. That means that teams such as Inter, Atalanta, Fiorentina and Venezia could still show up for matches that they know won’t be played. Then authorities will likely go through a lengthy legal process to decide on the status of the affected games and if they should be postponed to a later date.