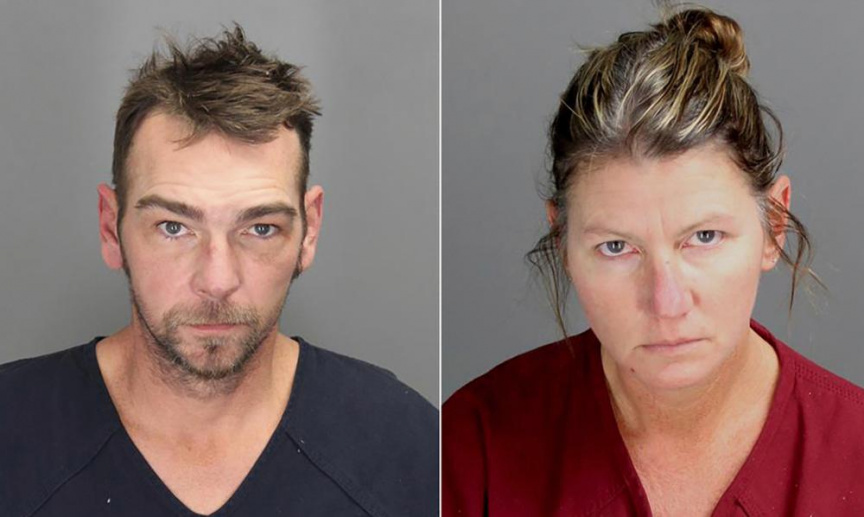 FILE - This undated combo of photos provided by the Oakland County Sheriff's Office shows James Crumbley, left, and Jennifer Crumbley, the parents of Ethan Crumbley, a teen accused of killing four students in a shooting at Oxford High School, in Michigan. The parents, charged with their son in the fatal shooting, are returning to court Friday, Jan. 7, 2022, to ask for a lower bail.(Oakland County Sheriff's Office via AP, File)

ROCHESTER HILLS, Mich. (AP) — Two parents charged with their son in a fatal Michigan school shooting are returning to court to ask for a lower bail to get out of jail.

The Crumbleys are charged with involuntary manslaughter for the Nov. 30 shooting at Oxford High School, which killed four teenagers and injured others. They’re accused of making a gun accessible to son Ethan Crumbley and refusing to take him home earlier that day when school counsellors confronted them with distressing drawings of violence.

“The last thing they expected was that a school shooting would take place, or that their son would be responsible,” defence attorneys Shannon Smith and Mariell Lehman said in a court filing.

Separately, Ethan, 15, also faces a court hearing Friday. He is charged as an adult with murder and other crimes.

Prosecutors are opposing the parents’ request for a lower bond. They noted that the elder Crumbleys were missing for hours when charges were announced on Dec. 3 before police found them miles away in a Detroit art studio early the next morning.

Smith said they had planned to appear in court on Dec. 4.

The Crumbleys “will flee if they get the opportunity,” prosecutors said in a court filing, noting they were behind in mortgage payments and had put their house up for sale.

Oxford High students are expected to return to school next week for the first time since the shooting but at a different building. The high school, roughly 30 miles (50 kilometres) north of Detroit, could reopen during the week of Jan. 23.

Texas Teachers: 'None of us are built for this'

Husband dies after wife is slain in Texas rampage

'Politics at play in Djokovic detention in Australia'