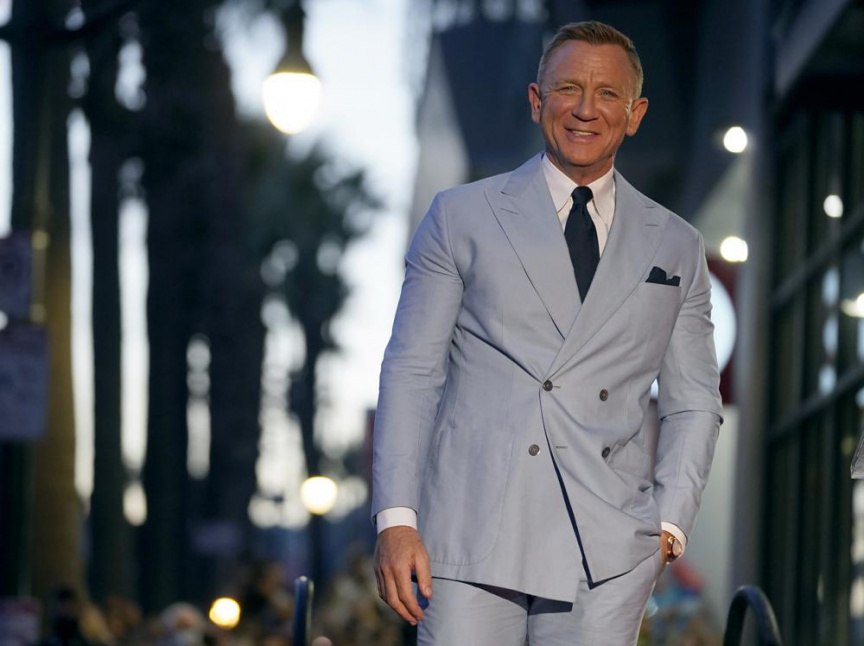 Daniel Craig appears during a ceremony honoring him with a star on the Hollywood Walk of Fame, Oct. 6, 2021, in Los Angeles. (AP Photo/Chris Pizzello, file)

LONDON (AP) — Scientists and medical chiefs who have led Britain’s response to the pandemic were awarded knighthoods Friday in the country’s annual New Year Honors List, which recognized the achievements of hundreds of people from James Bond star Daniel Craig to teenage tennis star Emma Raducanu.

Queen Elizabeth II also made former Prime Minister Tony Blair a Knight Companion of the Most Noble Order of the Garter, the oldest and most senior British order of chivalry.

In another year dominated by the coronavirus pandemic, officials said almost one in five of the honors were for coronavirus-related service. Chris Whitty and Jonathan Van-Tam, England’s chief and deputy medical officers, were awarded knighthoods. Jenny Harries, head of the U.K. Health Security Agency, and June Raine, chief executive of Britain’s medicines regulatory body, were made dames.

In total, the Honors List recognized more than 1,200 people in the U.K. this year, including scientists, actors, politicians, Olympic athletes and people who worked to raise funds for charities.

Craig, who made his final outing as 007 in the blockbuster “No Time to Die,” was made a Companion of the Order of St Michael and St George -- the same honor given to the fictional Bond -- for his services to film and theater.

The title is often given to diplomats, and Bond was described as holding it in the film franchise and the books by Ian Fleming.

Elsewhere in entertainment, veteran actress Vanessa Redgrave is to be made a dame, while former Spice Girl Melanie Brown, known as Mel B, was recognized for her work with domestic violence charity Women’s Aid.

In sport, 19-year-old U.S. Open champion Raducanu becomes an MBE, or a Member of the Order of the British Empire.

“This year has been full of amazing surprises for me so to end 2021 with this appointment is very special,” Raducanu said.

British monarchs have awarded honors as part of orders of chivalry since the Middle Ages. In modern times, nominations are submitted to the government’s Cabinet Office and vetted by a committee before being passed on to the prime minister and the queen for approval.

The knighthood given to Blair, who served as prime minister from 1997 to 2007, was separate from the main list because it was decided by the queen and made without government advice.

The queen also appointed two others to the Order of the Garter: Camilla, the Duchess of Cornwall, and Baroness Valerie Amos, a Labour member of the House of Lords, who will become the first black person to be appointed to the order.