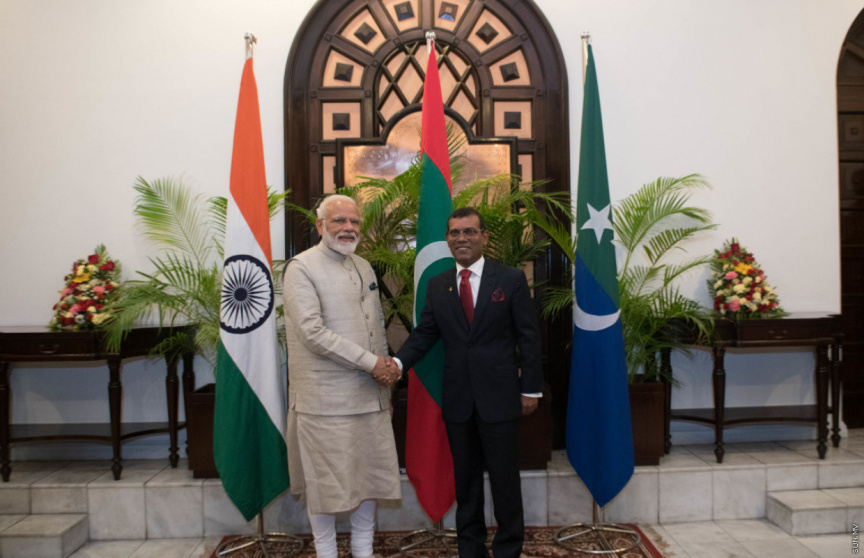 Former President and current Speaker of the Parliament said on Monday that claiming Maldives will not need neighboring countries was an attempt to weaken Maldivians.

Speaking during the extraordinary sitting held to discuss the Prime Minister of Bangladesh Sheikh Haseena addressing the Parliament, Nasheed noted that Bangladesh was a friendly and loyal country to Maldives.

"Regionally Bangladesh is one of the fastest developing nations, particularly notable as they have one of the lowest international debts within the region."

He also noted that unlike the large debt Maldives owes China, Bangladesh was not indebted to one nation by such a large amount.

Nasheed went on to claim that at a time such a now, Maldives needed to maintain good relationships with neighbors, and taking any stances that would hinder those relationships would not be a wise move.

"In my opinion, claiming that Maldives has no need for neighbors, especially close regional ones are untrue, and making such statements would only weaken the people."

Furthermore, he asserted the significance of the Indian Ocean to Maldives, with over 50,000 Maldivians at all times traveling via sea. Hence, the largest source of income, as well as maintaining peace within the nation, is directly related to peace in the Indian Ocean.

Nasheed said that Maldivnes need to prioritize safety and maintain peace in the Indian Ocean for these reasons.