Majlis to vote on the Budget on 26 December 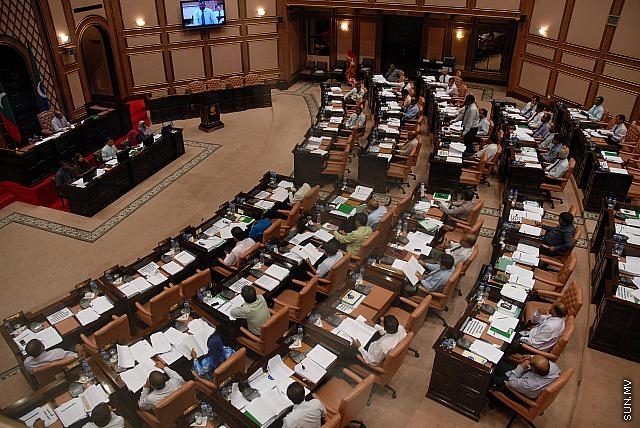 Concluding today’s meeting, Shahid said that according to Maamigili MP Gasim Ibrahim, he should receive the report compiled by the Budget Committee this afternoon. He also said that the report will be sent to MPs this evening, and revisions to the report can be proposed until Thursday. He said that the final session of the budget debate will be held on Sunday.

Shahid said that the exact time at which the voting will take place, will be announced on that day.

“After allowing the chance to propose revisions to the budget, work will begin on Sunday, 25 December on the final debate session of the budget. As last year, each member will be allowed five minutes during this final session. Voting on the budget will take place on 26 December, a time will be decided and announced later,” Shahid said.