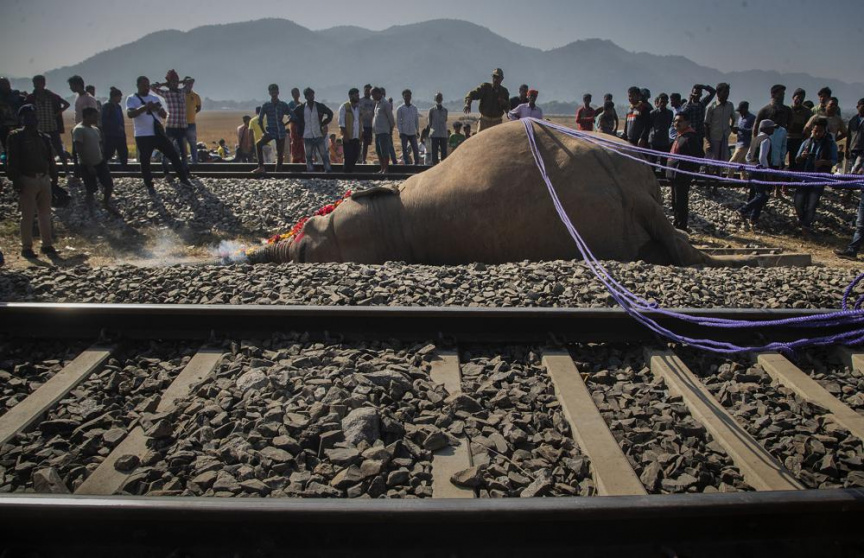 A wild male elephant, one of two killed after they were hit by a train, lays near a railway track in Durung Pathar, in the northeastern Indian state of Assam, Wednesday, Dec. 1, 2021. (AP Photo/Anupam Nath)

“The two adult elephants were walking on the railway track when the train, on its way to the eastern tea-growing town of Dibrugarh from New Delhi, ran over them, killing them almost immediately,” Assam wildlife ranger Dilip Kumar Das said.

The accident occurred late Tuesday, he said. Authorities went to the site, surrounded by thick forests, on Wednesday and buried the bodies after carrying out an autopsy, Das said.

Wild elephants often stray into human habitations this time of year, when rice fields are ready for harvesting, he added.

Speeding trains have hit dozens of wild elephants in Assam in the past, forcing Indian Railways, which runs the trains, to regulate speed in known elephant zones.