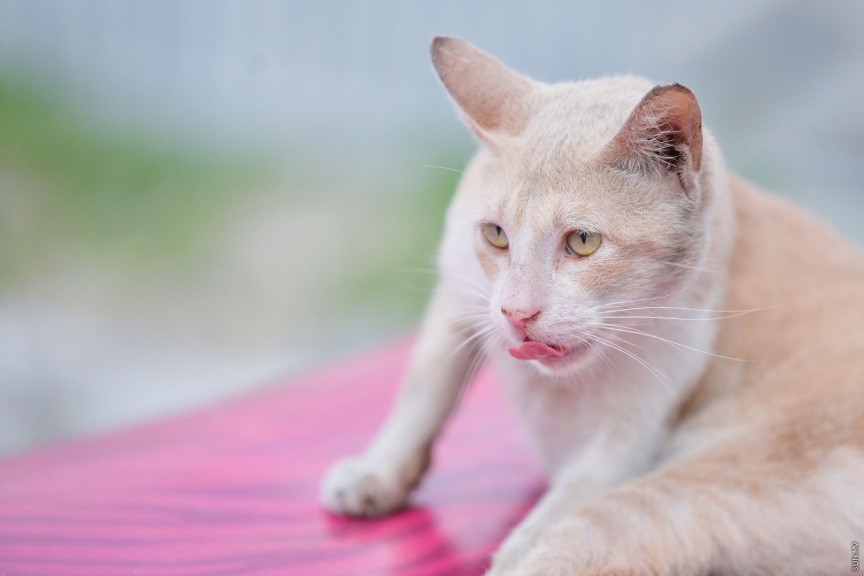 A stray cat in a street in Hulhumale'. (Sun Photo/Fayaz Moosa)

Male’ City Mayor Dr. Mohamed Muizzu states the council will make an announcement soon, seeking a party to establish a facility to look after stray cats at own expense.

In a press conference on Monday afternoon, Muizzu said that the increase in stray cats in Male’ had become an issue of public concern, and that the cats needed to be cleared from the streets.

“Stray cats spread various diseases, it is highly unhygienic, and the danger and nuisance it poses increases during rainy days. This is a great issue,” he said.

Muizzu said that though the previous council had engaged in discussions with Housing Development Corporation (HDC) to build a cat facility, but the same opportunity wasn’t awarded to the current council.

“We have worked hard to engage HDC. Given that Farukolhufushi was a project by the previous council HDC provided assurance a cat facility would be built. However, after the current council came to power, HDC changed its tune and has not made any effort to build a cat facility anywhere,” he said.

Muizzu said the issue needed urgent action, and that the council therefore needs a party that can undertake the project at their own expense.

He said that the opportunity for interested parties who wish to build a cat facility will be opened this week.

Muizzu also spoke about various other initiatives by the council. Noting that motorized vehicles were banned in suburban Vilimale’, Muizzu said the council had made an announcement seeking to procure 10 electric cars that can be used in situations where vehicles are needed.

'Govt yet to say land for Male’ residents will be free'