Petition Committee: Internal audit will reveal the thieves inside NDA 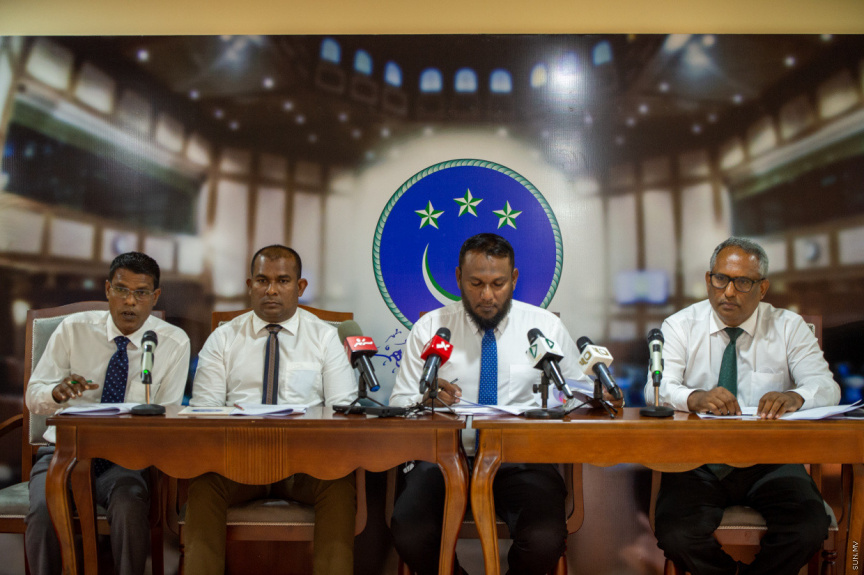 Parliament’s Petition Committee states that an internal audit will reveal corrupt officials inside the National Drug Agency (NDA) to the people.

The Petition Committee held a press conference on Tuesday evening regarding the report it compiled in response to the ‘Change NDA’ petition submitted by Hands Together – an NGO that advocates for better rehabilitation services for drug addicts.

The committee has recommended that the Auditor General’s Office conduct a financial and performance audit of NDA for the last five years.

In response to a question by Sun at Tuesday’s press conference, Petition Committee’s chair, Mulak MP Ibrahim Naseer said that once the audit is complete, it will become clear to the people the areas within the NDA that were neglected.

“This audit will reveal where the neglect lies. Where the theft lies. Once this audit is done, God willing, everything will become clear to you,” he said.

Naseer said that the NDA is allocated a large budget each year to fulfil its legally mandated responsibilities and duties, and to spend on different areas.

Naseer said that the committee members were shocked to learn how much the state has spent on NDA.

Mughnee said that top NDA officials did not meet their eyes, and refused to meet the committee members.

“During our visit to NDA, the top officials there refused to meet us,” he said.

Mughnee said that the committee found NDA’s policies, including its policies for sending resources to centers in the atolls, to be deeply problematic.

“Instead of sending money, they may airfreight an A4 ream to the atolls. Top officials within NDA should bear responsibility for the situation escalating to this level. All committee members agree that this reached this state because they [NDA officials] failed to fulfil their responsibilities. This is the biggest failure contributing to the current situation in Maldives,” he said.

Mughnee said the committee found NDA did not have effective policies in place to carry out its work in a sustainable manner, but have high hopes the planned reforms will change all that.