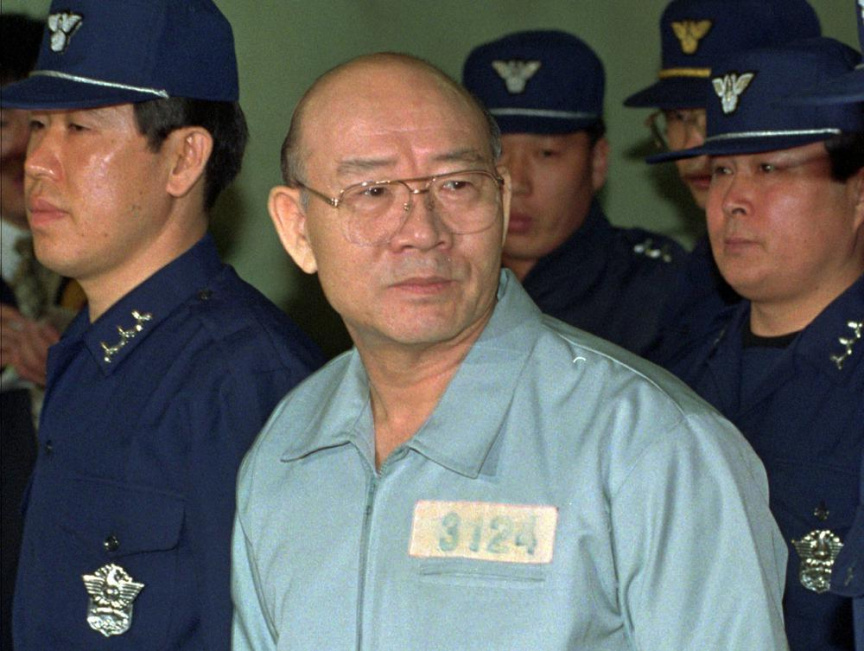 SEOUL, South Korea (AP) — Former South Korean military strongman Chun Doo-hwan, who took power in a 1979 coup and brutally crushed pro-democracy protests before going to prison for misdeeds in office, died on Tuesday. He was 90.

Hundreds of pro-democracy protesters were killed and tens of thousands were imprisoned during Chun’s presidency in the 1980s, but he allowed some liberalization after years of authoritarian rule. Under public pressure, he allowed the first direct and free election in the nation’s history.

Facing massive criticism after he left office in 1988, Chun took refuge for two years in a Buddhist temple before being arrested. He was tried for corruption, mutiny and treason and was sentenced to death upon conviction. He was pardoned in 1997 in a bid for national reconciliation.

Chun was an army major general when he seized power in December 1979 with his military cronies. Tanks and troops rolled into Seoul in a coup that came less than two months after his mentor, President Park Chung-hee, was assassinated by the intelligence chief during a late-night drinking party.

Chun quickly consolidated his power by suppressing a civil uprising in the southern city of Gwangju, then spelled Kwangju. His government also imprisoned tens of thousands of students and other citizens, saying it was rooting out social evil.

After the United States intervened, Kim’s sentence was reduced and he was later freed.

South Korea’s economy boomed during Chun’s tenure. The country also successfully held the 1986 Asian Games and won the rights to host the 1988 Summer Olympics, which began after he left office.

Chun introduced several liberalizing measures, including an end to a Korean War-era curfew and an easing of restrictions on overseas trips. To get Washington’s endorsement of his military-backed government, he reportedly dropped plans to develop atomic bombs and longer-range missiles.

North Korea, however, repeatedly challenged South Korea during Chun’s rule. In 1983, North Korean commandos triggered a bomb attack that targeted Chun during a visit to Myanmar. Chun narrowly escaped injury in the attack, which killed 21 people, including several South Korean government ministers. In 1987, North Korean agents bombed a South Korean airliner, killing all 115 people on board.

At home, public anger and demonstrations over human rights abuses and an indirect presidential election system led to Chun eventually accepting a constitutional revision for a direct election system.

Roh Tae-woo, Chun’s army colleague who assisted during his coup, won the 1987 election, largely thanks to a vote split among liberal opposition candidates.

Calls mounted for Chun to be punished for corruption and human rights abuses.

Former pro-democracy fighter Kim Yong-sam became president in 1993 and had both Chun and Roh stand trial as part of a reform drive.

They were convicted of mutiny and treason over the coup and Gwangju crackdown, as well as corruption. Chun was sentenced to death and Roh to 22 1/2 years in prison.

Those sentences were later reduced by the Supreme Court. Kim pardoned the two former presidents in late 1997 at the request of President-elect Kim Dae-jung, the once-jailed activist, who sought national reconciliation and the revival of the economy hit by an Asian foreign exchange crisis.

Before Chun was released, the court ordered him to pay back $190 million he had amassed in a slush fund during his rule. He returned only a portion, arguing he was broke, until his family said in 2013 that it would hand over real estate, paintings and other assets to pay back the remainder.

Lee freed on parole, showing Samsung’s might in SKorea