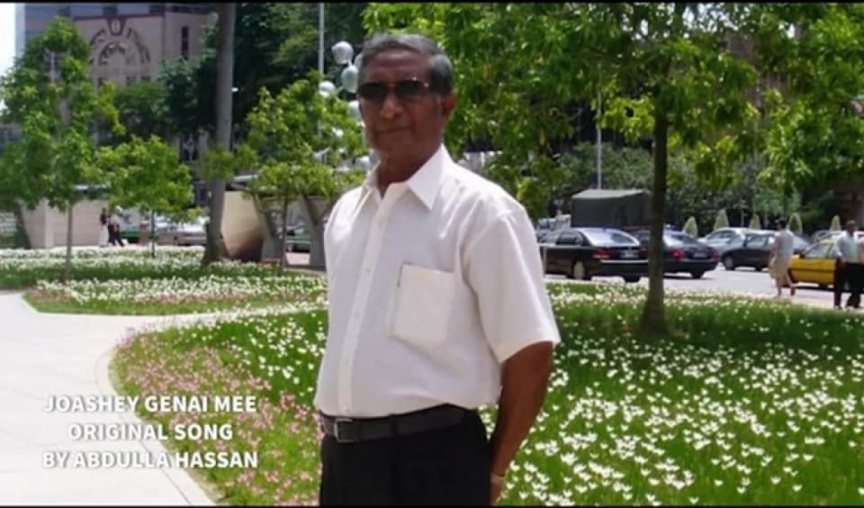 Renowned singer, Abdulla Hassan (Holhudhoo Abdulla) has passed away at the age of 83.

He had passed away after being bedridden for a longtime, earlier today.

Hulhudhoo Abdulla, who is a talented singer, was conferred the National Award of Recognition in singing, by the President on 1981.

As a voice loved by countless Maldivians, Hulhudhoo Abdulla has sung a wide variety of songs in addition to nationalistic songs such as love songs. In addition to this, he was also well known for reciting religious songs (Madhaha).