President Solih: Satellite will be used to teach at three islands next term 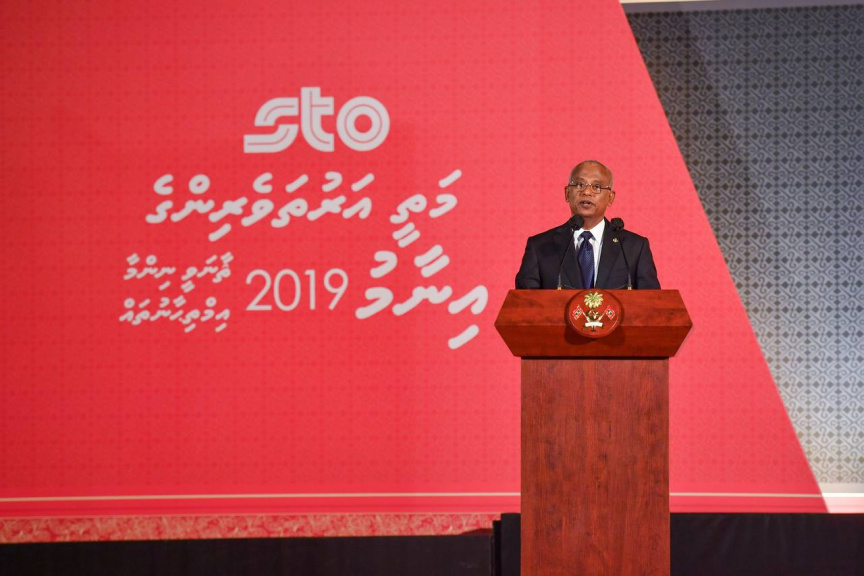 President Ibrahim Mohamed Solih speaks at the awarding ceremony for the O’ Level National Top Ten for the year 2019 on November 18, 2021. (Photo/President's Office)

President Ibrahim Mohamed Solih has announced the government's new satellite program - in which satellite will be utilized to teach at schools in islands that have a fewer population.

He said this whilst speaking at the awarding ceremony for the O’ Level National Top Ten for the year 2019.

In this regard, President Solih said that a new initiative will be introduced to the education sector this year; which is the satellite program.

"This program will commence at islands which did not have schools due to lack of school facilities and an inadequate number of students in each age group, starting from next term," he had said.

He detailed that the first three islands at which the satellite program would be commenced at are B. Fehendhoo, V. Thinadhoo and V. Rakeedhoo. On this note, students based in these islands currently travel to neighboring islands for their education.

Therefore, President Solih stressed that the introduction of this program will eradicate the need for students from these three islands to travel to another island by ferry for their studies.

He also noted that students from the three islands will be taught by teachers at the satellite hub established at Huravee School in Male' City, under this program.

"The purpose of introducing such an important initiative to the education sector is to foster a generation that will assist in the development of this nation, by fostering the mental, physical and education capacity amongst these children to think how a nation can be developed," he had said.

President Solih said that he believed the satellite program will achieve this. He also added that he hoped that students who achieved top awards last night will end up serving the nation.