Saleem: Independent institutions deprived of adequate budget for they may work independently 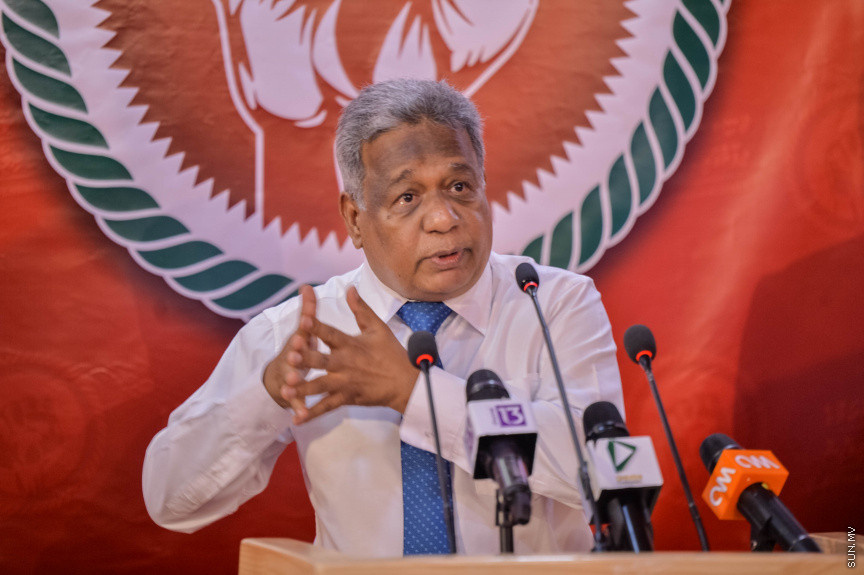 Parliament’s minority leader, Eydhafushi MP Ahmed Saleem (Redwave Saleem) has stated that the incumbent administration is not allocating adequate budget for independent institutions because they may work independently.

“Independent institutions are not provided adequate budget because they might independently work. The little allotted to them is not even given to them. The amount given now is at the hands of the Finance Minister. When giving it to offices, it will be just enough for daily expenses,” he had said.

Speaking further, Saleem alleged that the government acts in this manner as there are corruption ideologies within the government. He also added that there was no purpose in allocating huge budgets to commissions borne by the government under its own agenda.

“They are forming all sorts of commissions under all sorts of names in order to give jobs to activists. So, it is likely that they will form additional commissions to give them jobs,” he had said.

‘PEOPLE WANT TO MOVE FORWARD WITH DEVELOPMENT, NOT EXHUME CORPSES’

PNC’s Deputy Leader, Maavah MP Mohamed Saeed also spokes at today’s press conference. In this regard, he said that what the people want today is development and not investigating the cases of the past.

“I can give you an example. You all would have heard of Ombudsperson’s Office. The office was formed by President Solih to investigate all injustices from Mohamed Ameen’s era, up until today. The Office has buildings comprising of three to four floors,” he detailed.

Saeed stressed that MVR 15 million is being spent on the Office despite its only purpose being to investigate injustices that had taken place up to date. He added that the expenditure on people, however, is comparatively low.

'Budget needs to be revised to MVR 25 billion'

Salem: No public official must earn above MVR 20,000

Saleem: Focus should be on tracing laundered money